Monzo - The dream bank, or just an idea that in reality can't work?

Eight months ago, I was sold in a day. I was shown Monzo by a colleague on a trip to London. I was amazed by the instant spending notifications the idea that out of nowhere someone was coming along to challenge the big banks.

Monzo, Well they are just different, Open and Transparent. Working with customers giving them sneak peeks of what’s coming out. (Via blogs and forums posts). I love this perfect idea, well many people do just take a look at the latest crowdfunding round hitting over 4x the amount they needed.

My first need to contact support I was amazed, I didn’t need to make a phone call, just type a message and bam 15 minutes later I get a response in the app. Issue resolved, sorted no problem and I didn’t even need to make a call.

As time goes on the service seems to be getting flakey. I seem to be seeing increasingly more often people upset that they have left messages to support and they haven’t been read after 24+ hours. Problems not getting sorted etc.

Now, this begs the question, Is Monzo the dream? or Is it just an idea that works with a small customer base but as soon as you start hitting the big numbers (which in my opinion 200,000 isn’t even the tip of the iceberg yet).

As time goes on the service seems to be getting flakey. I seem to be seeing increasingly more often people upset that they have left messages to support and they haven’t been read after 24+ hours. Problems not getting sorted etc. 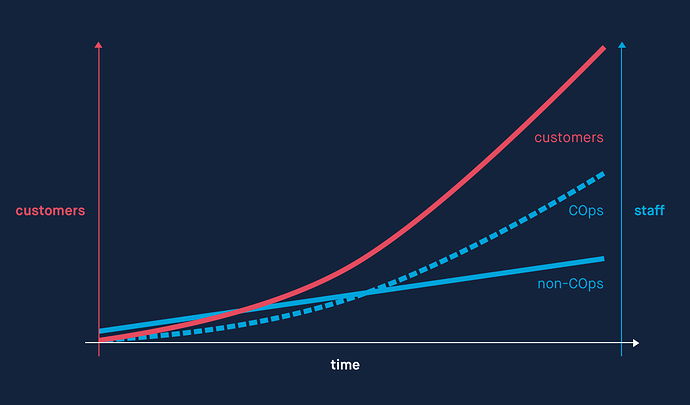 The Future of Customer Operations ('COps')

In fact, I’m sure that the multiple blog posts that were published last week & made up Customer Ops week were part of an effort to accelerate hiring for the Customer Ops team.

I’d be surprised if there weren’t more peaks & troughs in response times as Monzo grows because scaling is a challenge for every company. It looks like they’re hiring a Customer Operations Analyst in order to try to address that challenge as effectively as possible.

Now, this begs the question, Is Monzo the dream? or Is it just an idea that works with a small customer base but as soon as you start hitting the big numbers (which in my opinion 200,000 isn’t even the tip of the iceberg yet).

Obviously it’s impossible to predict this accurately & clearly other challengers like Revolut - who have significantly more users - are struggling, based on the complaints in their forum.

But Monzo believe that, partly by leveraging technology, they can eventually have one Customer Ops person managing 40x more users than the traditional retail bank, which would presumably mean that the generally excellent support that we’re now used to would be sustainable - 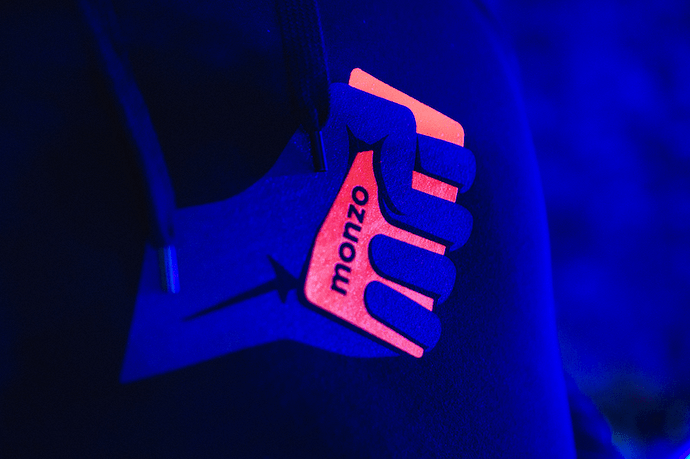 To a Billion and Beyond: Building Products to Help Us Scale

Introducing the work of our Internal Product team

Do you think it’s fair for them to continue to scale and accept new customers when they can’t keep up with current support demand?

Given the fact that I’ve seen relatively few complaints on Twitter or here in the community, I think they should carry on taking on customers. I expect that there would be far more complaints from people who weren’t allowed to sign up than there have been about these issues. Tweets like this make me hopeful that people will find & be able to use Monzo as soon as possible - 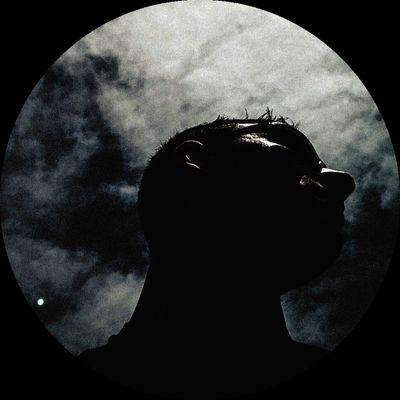 @_kn
Never thought I would ever say that banking would be easiest part of our immigration. Thank you @monzo

when they can’t keep up with current support demand?

Also, I don’t think it’s fair to say that they can’t keep up with demand, if you’re implying that the support is not acceptable at all. However it obviously is impacting the quality of their support in some instances at the moment.

When it comes to the impact on Monzo’s brand, I’ll leave that for them to weigh up. I expect the blog posts are also intended to try to mitigate that & I can’t fault Monzo for how open they’ve been about this. I certainly understand that they will have growing pains & I’d hope that others do too. The response from users when Monzo’s had issues in the past has been pretty amazing -

The amazing response to this issue from the Monzo user is being noticed btw this makes me proud to be part of this community!

& for me, the experience of using Monzo right now still far surpasses my experience with my legacy bank.

However it obviously is impacting the quality of their support in some instances at the moment.

I think Monzo Customer Support team are hitting their most critical point now. I would imagine that Customer Support work load will not scale proportional to number of users. At some point I would expect this work load to greatly slow down and possibly reduce considerably, as Monzo move their customers from an unfinished and somewhat unstable beta pre-paid onto what should become a more stable finished product the longer we use it.

A lot of the technical reasons for which we are starting chats now (merchant data on Android, I think I found a glitch on the app, my legacy bank shows I’ve been charged by Monzo where is my money? etc.) would hopefully be subsequently ironed out and; considering a lot of the reasons why we would contact legacy banks will all be automatic in-app options (Forgot my pin, lost my card, etc). There is no reason why Monzo cannot aim big with a reasonable sized team!

Whilst the support speeds may not be as good as they have been in the past, a new user will still find support faster and better than legacy banks

Now that’s no excuse. That being said, as Alex has mentioned, there was a big focus on COps

last week, and there are plans in place to get the support speed back on track.

In my general opinion, yes, we are seeing some stress appear in the current level of service from Monzo in the months leading up to the current account roll-out. What will really matter is how the team responds.

So far, it has certainly been acknowledged that support response times are getting worse and that there is a plan to fix it both short and long term as the posts @alexs linked to describe. To me, that’s a fairly good response to the problem. Alex mentioned at least one other fintech company that I certainly believe has not scaled out support so well.

It is what it is, you can’t please everyone.

If you are basing the whole company on one department that you might hardly ever use then maybe you might better off with a legacy company that see’s said department as a drain and sub contracts that department out to a company that is only interested in profit not results/service.