The terminology kills me, zero to one area of the business indeed. 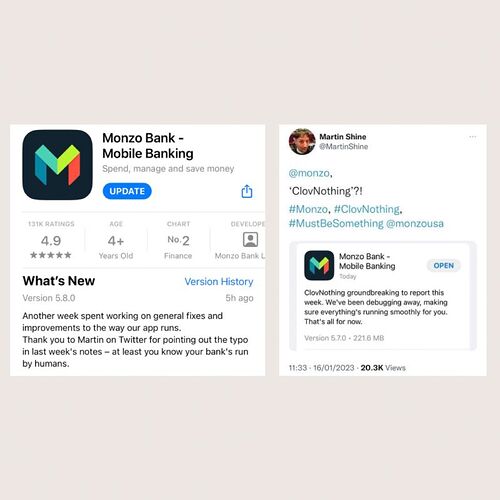 Monzo’s app release message is absolutely brilliant. Here’s why (analysed from a marketer and consumer POV) ⬇️ Yesterday, I got a notification to update my… | 14 comments on LinkedIn 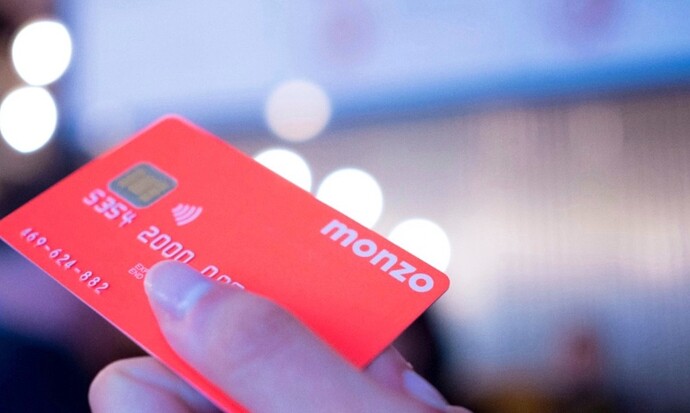 In the last quarter of 2022, the Current Account Switch Service saw its highest number of switches.

Yep. Fairly sure Santander had £170 or something like that, and now have one for £200. They always seem to be throwing money at people to switch.

Nationwide throwing money at people and still losing to Monzling is interesting.

Their tech is out of the 90s so not surprising. Plus maybe they haven’t advertised so much?

I have seen a lot more Monzo adverts recently - on YouTube for example - which is silly, 'cos I’m already with Monzo.

Just saw a Monzo business ad which I thought was pretty terrible. Just had someone saying one general thing about Monzo being good. Didn’t say why it was good.

Seen a lot of Starling ads about. Train stations plus on TV again.

Nationwide obviously did those poem adverts for ages but haven’t seen one for a while (but don’t watch much TV with adverts).

Barely ever see any Santander adverts. They have those Ant and Dec ones from time to time, but haven’t seen any for months now.

Monzo/Starling/Revolut have so many appealing functions for those not fussed for a branch style bank.

Obv Revolut doesn’t have a banking licence but doesn’t really stop people going all in because of functionality mixed with crypto trading and stocks.

Nationwide is quite behind in functionality, Santander next but they do offer cashback (not worthwhile for me) which some people live for.

Wonder if Nationwide will create a new app, or have the ability to revamp their current app to align with new tech. 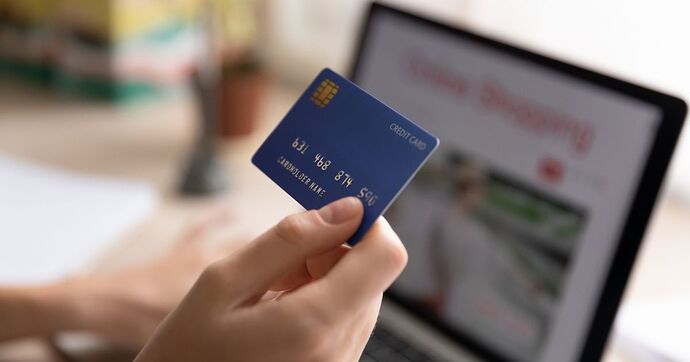 The latest current account switch data is in from Pay.UK - but where are people switching to, and which banks are being ditched? See the full list below and tell us what you think

It is interesting to see these numbers. I have colleagues who banked with Barclays for years but hearing people talk about switching offers most seem to land on Santander or Starling/Monzo.

Surprised to see HSBC up there but I guess the Advance incentive has pushed numbers. I see so many of the new Santander cards and much more starling cards in London now albeit in the hands of a ‘slightly older demo’ than Monzo.

It is that running joke that if you move to London you open a Monzo account and I see most young people tapping with Monzo on the tube.

I’ve always seen Monzo being tapped on London transport. Makes me wonder if the owner is “Full Monzo” or just using it as an alternative to Oyster.

I’ve absolutely seen many more Starling cards recently, on a whole range of demographics from young adults to people who look like they’re in their sixties.

I know it’s all anecdotal, but being a card fiend I always pay attention to what people use.

Same. I’m at uni and see plenty of Monzo, a few Starling and Santander (its a popular student account due to the free rail card), and a bit of HSBC as well. In Scotland so also see a few RBS.

My thing is (and like @j06 I’m a card fiend), do I see Monzo cards used by 1. older generations, i.e 40+ and 2. Outside London. On 1, defiantly, seeing it more and more out here in north Kent, and 2. yes, was in Manchester and saw loads around, did at Centre Parcs/New Forest last year, and will be on the look out again when up in Norfolk soon

I see a lot of Monzo cards when travelling. People in 20s/30s buying stuff in a foreign shop.

I see plenty Monzo around, old and young in all sorts of places, seen Monese a few times too.

Not seen many Starling cards since the purple went away.

Revolut is hit and miss but would likely change on becoming a bank and people have more confidence in them.

NatWest are an easy spot with their new card design too

An article that discusses how effective copying designs are and that it’s most prevalent in banking. With Monzo being heavily copied in 2020. 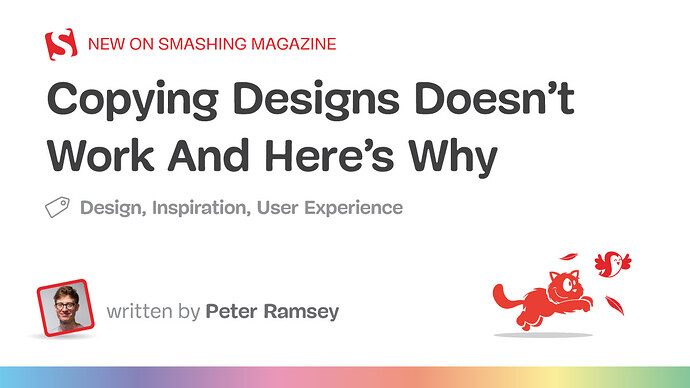 Striking the right balance between inspiration and innovation might be hard. Let’s explore how to effectively get inspiration from others without losing that magic spark, including some do’s and don’ts along the way.

Here today we have …, we’ve got Monzo and Revolut, shining examples from our world beating fintech sector.