This is a spin-off from ‘Monzo in the Media’, where a Youtuber analysing Monzo as an investment mentioned being able to buy Monzo shares. It sounded like she was saying you can buy Monzo with Raisin so i asked the question and was corrected and pointed in the right direction.

I did some digging and question-asking and it turns out that you still cannot trade Monzo crowdfunding shares, the rules are as they have always been (must have exceptional circumstances, permission from the Board and give first refusal etc etc).

However, advisors from this Raison platform stated to me that they are not held down by these restrictions because they can buy a stake from institutions who already hold Monzo shares and have their own less stringent rules about selling (they are not crowdfunders or held in nominee accounts), then once they have acquired this stake they then tie it to a smart contract, so instead of selling you shares in Monzo it basically issuues a derivative tied to the value of Monzo.

I think they have a Monzo shareholder lined up to sell a chunk (see “Pre-Order” ie. state your interest to buy) but have not carried out a transaction yet (as they are not “Available” like the other companies).

They are currently valuing it at $5bn. This is just their opinion obviously and not based on any real transaction so do your own research etc. 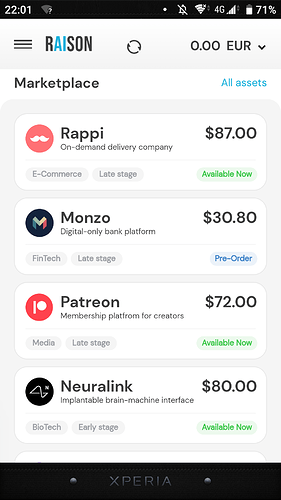 Anyone have any thoughts on this? Would you buy a Monzo share price derivative?

This feels like a surefire way for ‘investors’ to lose their money.

Anyone have any thoughts on this? Would you buy a Monzo share price derivative?

The firm does not appear to be on the FSA Register and would not be allowed to operate in the UK/to UK consumers so no.

I don’t think it is aimed at UK investors. You can buy or sell in EUR or USD only.

Oh yeah, also, I should clarify - the word ‘derivative’ is of my own choosing and I should have realised before using it that it is quite a loaded and well regulated term.

I think they just refer to it as a “smart contract” so maybe they are managing to side-step regulation with that difference in perception and terminology?.

Those institutions who hold monzo shares are bound by the same contract that stops them selling them as everyone else.

The term smart contract sounds like NFTs, so you’re not buying the share, you’re buying something that points to the share. If they think that can make money doing that then fine but you have to realize you’re buying nothing but a promise from the NFT creator that is potentially worth nothing if they ultimately aren’t allowed to sell their share.

this is a terminology used to define a program running on a blockchain. I am aware that they tend to side-step regulation by saying “well, it’s a decentralised piece of code which exists on its own and no one can edit it or claim ownership of it. Therefore, we do not need to worry about regulations because we don’t maintain it.”

Then they tend to go 1 step further with “we used to host a website which pointed at a smart contract, but now the website is fully decentralised (hosted on IPFS with an ENS name or similar) and ergo no one owns the website or the code”

Whether or not the regulators will let this slide is still a question that needs answering, quite a few companies are betting everything on the “its decentralised and no one controls or owns it” approach.

An NFT is an application of a smart contract, and:

This is not a feature of an NFT. NFTs are blobs of data stored on the blockchain, you may be thinking of “points to an image” which is a specific application of NFTs. So:

It’s entirely possible that the NFT is the share (see Governance Tokens) but in this case for Monzo it’s just pointing to a share.

As much as they would like to digitise the shares so they can say “it’s decentralised” I do not think that works for normal, regular, real-world shares

I believe some legal entity, somewhere, has to own the share which means it will be forced to point to it.

In this case, this could be a problem – if you just point to something you only have paper ownership of it (like buying “real gold” but not physically getting it).

Edit: Worth pointing out it may be using ERC-20 (tokens, like crypto coins) instead of ERC-721 (NFTs). Not much changes if it’s still just paper pointing to something

While I enjoyed the gif above, which represents one viewpoint, I really enjoyed the detailed drill-down by @bee (above that) too

Something we do at Monzo (and I presume other fintechs) is try to guess how another company is doing something, upon some more research: 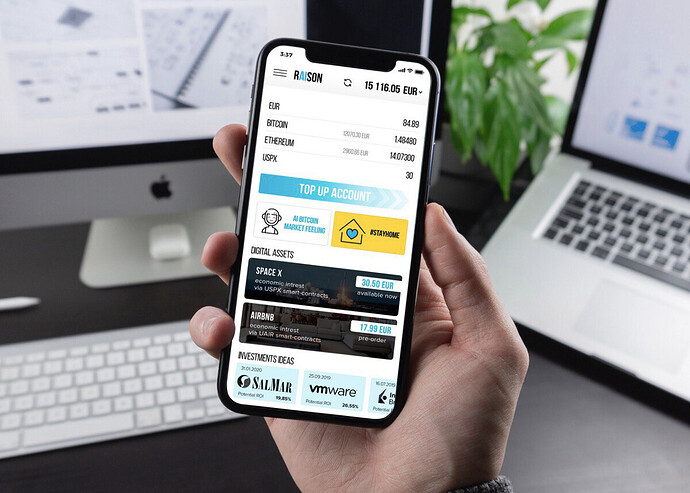 Are smart contracts a key to financial independence?

It’s is something a lot of people bypass due to overall complexity of the field.

They do use ethereum.

They mention using ERC-20 (not NFTs), I think this is their code:

The Contract Address 0xac47fbb90458695044d9b08d6de285148db4daff page allows users to view the source code, transactions, balances, and analytics for the contract address. Users can also interact and make transactions to the contract directly on...

And this is their token for SpaceX stock:

Here is some more details about their fund which invests / buys shares to turn into fractional shares:
https://utc.fund/about
Their Twitter account for the fund is linked on the Website and their code, but it doesn’t exist
https://twitter.com/uspxt

Would be a shame if someone registered that account before they did, so don’t do that 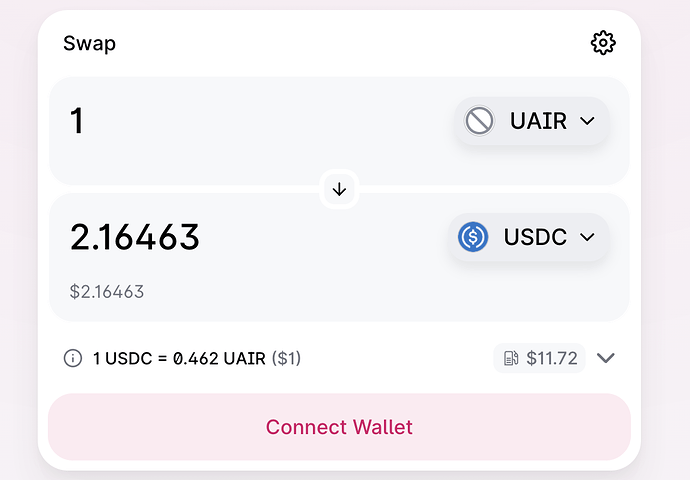 Privately SpaceX shares are worth a bit more than $400. 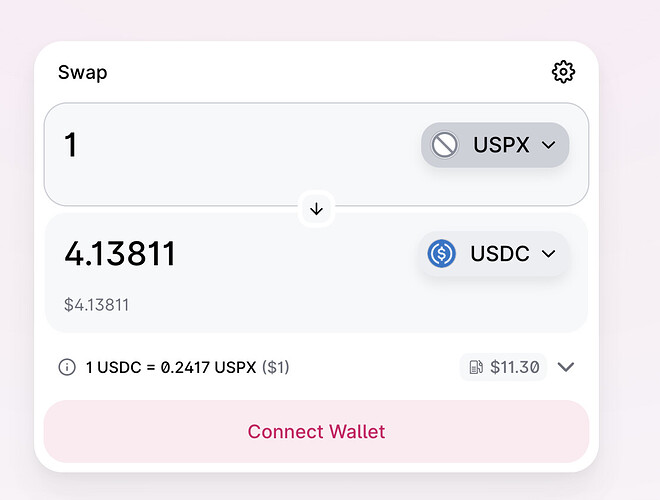 But you can buy their token for $4 on Uniswap (instead of using the Raison app you can just go directly through their code to do it).

This means there is approximately a 400% arbitrage opportunity assuming that Raison shares will materialise into real SpaceX shares on IPO.

Sorry, I’m at work so my investigation wasn’t perfect but should be good enough

There is no longer an offer listed on Raison to pre-order Monzo related derivatives. This is what they said about it:

"Monzo UMNZ units were in the Pre-Order status on the Marketplace. This status means we are collecting financial interest for a potential offer on the app. You can find more information about our Status tags in the How it Works section.

Unfortunately, after a few months, the company failed to collect enough interest from our users. The money that you invested will be refunded in the currency that you made the transaction in.

We do not take a commission for this transaction, but a fee might be charged from the correspondent bank and can vary from ¢9 to $15."