As much as I love my 12 Pro max, I think my next upgrade is probably a foldable

I know what you mean, the main difficulty going from iOS to Android is god damn WhatsApp - they need to hurry up and bring in the native chat migration

To me it’s the thousands of pounds I spent on Apple TV, Watches, iPads and accessories, App Store purchases and subscriptions

Oh and all my photos being on iCloud

Basically, I’m screwed if I ever want to join the dark side

Unfortunately this is also me.

I have a 12 mini (+ Apple Watch/ Apple TV/ iPad Pro/ MacBook Pro/ apple one family/ 2gb iCloud storage……) But if the form factor discontinued would prefer to have something that will last a year longer (and better battery life would then go amiss!)

My thinking is also that after the next SE they are going to move to a Face ID/ power button Touch ID full screen version with no home button potentially. So would make sense to ditch the mini and have the SE as the small phone from that point (loads of ifs in that but could make sense) 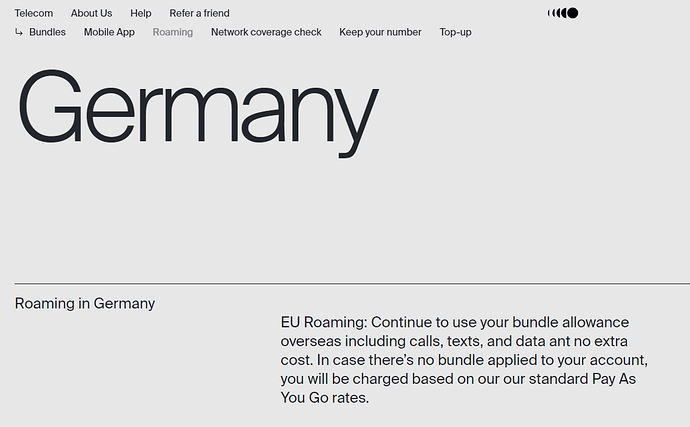 Maybe I’m just being impatient, but I reported this 4 days ago and they said they passed it to their technical team.

This spelling mistakes and extra word, impacts every EU Country 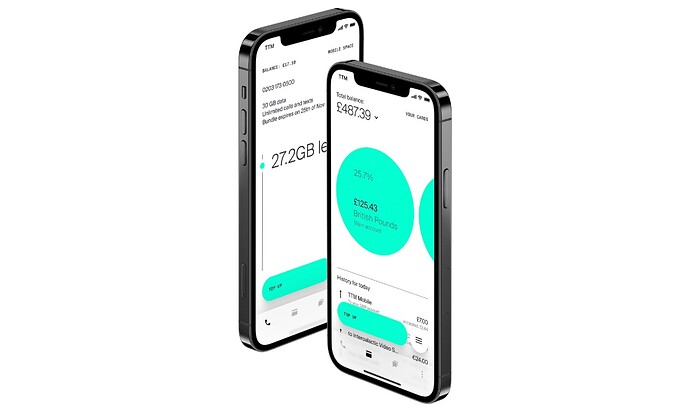 But do people really want a current account linked to their SIM card?

Yeah that is odd, I mean you have to have a contract with them already, so you’ll need to pass KYC

But they say there are no contracts… didn’t look into them too much but with giffgaff you can just grab a SIM without any ID. Aren’t they the same?

You’re right, they give you the sim, then you buy a bundle, no credit checks (as far as I’m aware)

Interesting. On the face of it “why?” but that’s what I said when Mondo appeared offering prepaid cards…

Not sure ‘convenience’ of signing up for both in one go is a big factor. Its pretty low friction to get a phone contract or mobile service these days. Also tweaking of data packages isn’t exactly brain surgery and making it easy is as likely to lead to a loss of revenue as a gain…

Not for me in its current form, but there are a couple of advantages I can think of here -

Not without disadvantages… running up big bill this month / no money in your bank? No phone service for you either - and we’ll know right away. Similarly an IT outage at one company can now stop you both calling for a cab and paying for it.

My sim-only plan is coming to an end with Three and I might switch to someone else.

The 5G speeds can be crazy high but other times it says 4G that feels like the old days of WAP!

If you’re happy with Three then smarty is good if you don’t want a contract.

I’ve both smarty and O2 (opposing mast structures) and never without a signal, and to be fair O2 is improving big time (coincidentally days before I move 180 miles away

I just hope this eSIM only iPhone 14 model in the U.S, also trickles down to the UK iPhone, it’ll force carriers to bring PAYG eSIM support, there is literally nothing stopping them doing it now. Either email the QR code OR display it after payment/top up when buying a new PAYG sim

User scans the QR code, activates it on the Phone (wifi is needed obviously)

The UK is so behind, run multiple systems IE PAYG / contract.

Three will no doubt be the first to offer esim across the board. Hopefully to smarty too.

Three will no doubt be the first to offer esim across the board.

They can’t get their eSIM working for people on contracts, let alone PAYG. If Apple bring eSIM only phones to the UK, we’ll be screwed for a year or two

They rolled it out for apple watch which is probably the easiest way to trial it, think that’s how all networks started out with esim.

Three will get there.

I’m sure they will, by the end of the decade. Given the number of false starts, I don’t think they’re anywhere close to rolling out eSIM across the board.

If anyone, it’ll be EE who will offer eSIMs to all first, they’re the iPhone network after all. But I’m not convinced at all that we’ll be in a position like the US anytime soon. The world isn’t ready for eSIM, and Apple won’t want to run too many different models of the same thing