It was this screenshot/mock (?) from their website that initially caught my eye: 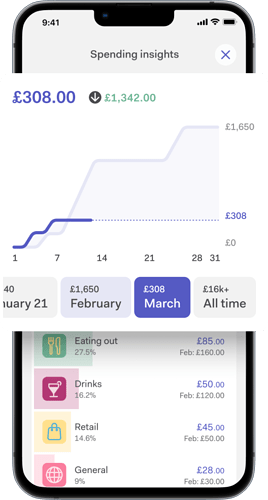 That interface looks old. I think @Remi has a lot more screenshots of their current UI above, which looks very lovely.

The graph you posted after is part of their current UI, not a mock.

Judging by the screenshots on the App Store, I don’t expect the UI to change much at all now they’re a bank.

The first set of images is a different, never seen that before. This image is from their prepay app. The current account will use the new prepaid app layout and UI.

I’ll try and use my Kroo account for a bit and screenshot. I’m interested they obtained a banking licence relatively quietly. Still reckon Revolut might just buy Kroo for the licence.

Their app is Basic but does it thing, they recently implemented credit score check as well, been with them in a long time however I stupidly joined their waitlist got bumped in that 25k range not sure if I should worry as their website states prepaid card customer get invited or upgraded first or whatever it means, I must get that first edition though😊

9 posts were merged into an existing topic: Removed Posts August 2022

Temporary closure whilst I do some tidying up

The Topic is now open again with a fresh reminder from our Code of Conduct.

We have zero tolerance for abuse, harassment, or discrimination.

This is fundamental to the discussions we have on the Community and we will not allow this to be breached.

Kroo are migrating existing customers to proper current accounts now. Was pretty seamless for me.
Got my new card today, they’re using Visa, while the old card was Mastercard. Apple Pay support.
Not much else going on with them, they seem to progress at a glacial pace.

I was stuck on ‘reviewing, we’ll be done in 3–5 days’ for a couple of weeks. Quick message to Customer Service got it sorted.

It’s amazing that banks like Kroo and Monument quietly get on with obtaining a blanking licence, going by the wailing and gnashing of teeth that came (and still comes) from Monzo and Revolut.

Monzo were first (or Second) and the gnashing of teeth was from all involved as it was a pretty big call for the BoE to give the license in the first place, Kroo and Monument benefit from Monzo and Starling doing those hard yards at the start.

As for Revolut, they need to look at themselves

Monzo were first (or Second)

From the neobanks aiming to bring new current accounts to market, Monzo was third. Atom was granted a licence in 2015, Starling in 2016, Monzo in 2017 and Tandem bought one in 2018.

going by the wailing and gnashing of teeth that came (and still comes) from Monzo and Revolut.

I’m not sure there was much gnashing of teeth from Monzo. There was a lot of community noise about the banking licence, sure, but I don’t really remember any griping from Monzo themselves (although I think they would probably privately agree that they were a bit optimistic in terms of the time it’ll take).

That said, it was quite a time ago, so I might be misremembering…

Back to Kroo as they’re starting to onboard new customers. Just got my invite today

Hopefully you won’t get stuck in the queue like I did!

I’ll start pestering them after a week or so! 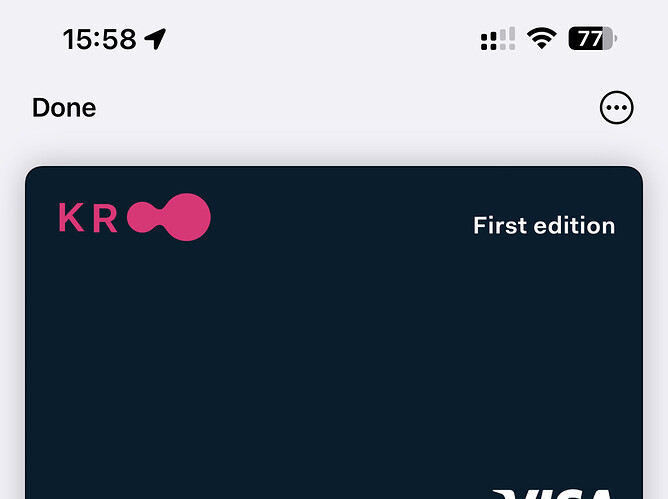