I’ve always used Ora Kitchen towels since their creation. I love the one handed approach. Makes them very accessible and lovely to use. They were the perfect kitchen towel for me.

However, I’m on now my last tube, so was looking to order more, and they’re out of stock everywhere, and have been for at least a month. Their socials went uncharacteristically silent at the start of June and stopped interacting with folks. They’ve stopped responding to emails. to me it paints a gloomy picture of probably being bust, so now I’ve got to start researching kitchen towels again.

What kitchen towels do you use? Any you’d recommend? Preferably with good environment credentials.

I used to get the huge ones from Costco, but not been able to get there recently for them.

So just got some Regina XXL ones from Amazon as we use them in work and they’re not dreadful.

I buy some foamy dishcloth type things so they’re reusable

see paper towel as a waste of funds personally.

You wrap your birthday cake slices for friends to take home in a dishcloth?

It’s something I’ve researched quite well tbh, and normally I’d be team reusable here, but for cleaning it’s not quite as practical as it is for say bath towels. Factory in laundering, water, electricity, etc, I generally believe the good old paper towel, when sourced sustainably, is both better for your wallet and the planet.

I’ve actually gone through the same calculations with disposable bath towels and the like. They make a lot of sense for salons, and are great for vacations, but at home it’s probably better to just stick to laundering your cottons. But it’s a closer match than you might think.

No I just buy it from the shop, sit in my car and eat it with a spoon instead….

But no, never needed to, we have plates/bowls/steady hands for catching bits

see paper towel as a waste of funds personally.

But getting premium cards, and paying cancellation fees isn’t?

I’ve not paid any cancellation fees

worked out well as I’m covered on travel insurance for my work health insurance, so downgrading to the £2.99 plan for the gadget cover pays off over time.

I use the Aldi Blast they’re like a budget plenty but better & cheaper. In my store you get 3 rolls for £3

I honestly didn’t know there was any different ones to the quid ones you can buy from asda.

We are talking about tea towels or as my Nan calls them dishcloths right?

No, I think this is paper towels

I use them for pretty much everything you can imagine, and the cheap Tesco stuff lasts ages still. I looked up Ora – £22 for 8 packs of what looks like small but quirky paper towels?

It’s the stacking. Game changer for me. It’s £2.75 for 100 sheets, and they’re frequently on offer. I like the environment and sustainability credentials too. And the lack of any sort of dye.

Price wise, they’re pretty competitive in my view. Compared to Regina (the leading brand from what I gather) which is £5 for 140 sheets.

Where do you shop

I actually picked up a triple pack of Regina for £3.75 this morning from Morrisons since I wouldn’t make it to Aldi yet for their blast version.

I don’t buy Regina. I just googled and saw their RRP is £5 for a twin pack of 70 sheets. That’s at Ocado and Waitrose.

This stuff is 2.37 per 100 sheets (100 sheets per roll) and is bamboo so decent for the environment. Not tried it yet myself but might be a good match for what you’re looking for. 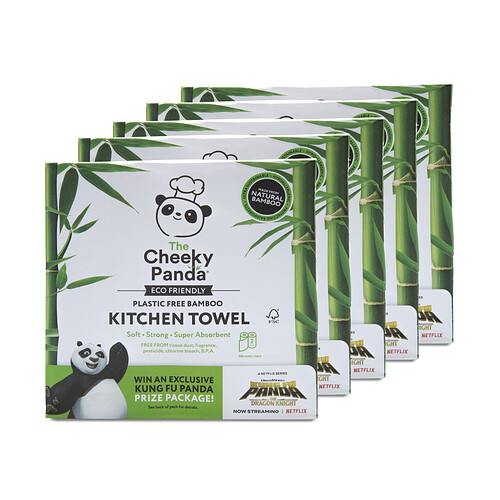 Bulk buy kitchen roll that is eco-friendly and sustainable. Our wholesale kitchen roll is made 100% of bamboo so that it is good for the planet.

Oh man. Tea towels are the things that dry dishes for me, is that the same thing?

I think all of mine of those are like ones we’ve bought from national trust visits and stuff. Probably more than £1 each but who knows, I’ve had them for like 10 years now.

We’ve always referred to them as kitchen rolls. We get Sainsbury’s Ultra Absorbent ones, mainly for the strength when wet.

Edit: Just noticed that Sainsbury’s call the ones we get kitchen towels

They’ll always be kitchen rolls to me