It’s £999. And at the time they priced it that was also hedged against a falling pound. At the time the USD price should have converted to about £980 including VAT.

Companies don’t react that fast to these things. That’s why they hedge. A fast reaction would involve halting business, and our situation isn’t quite that dire yet. But I don’t think anyone would have predicted the £ would fall to where it has and so rapidly. Else these phones would have launched higher still.

Is it £999? I need to put on glasses, I genuinely saw £949 when I went on the Samsung store earlier today. And they were offering £250 + Buds Pro 2 for any broken smartphone.

I turned AOD off and considering returning my iPhone 14 pm

and considering returning my iPhone 14 pm

Curious as to why?

What happened to yours? Did you cancel / return / keep it?

I love how small and light it is compared to the Pro Max – you don’t realise what a beast that phone is until you use another one. Sadly I don’t think they make phones that small anymore though.

The camera on this sub-£400 phone (£100 lightly used for me) is also vastly better in certain light conditions than on the £1000 Pro Max. Went out to shoot a few photos and while the iPhone decided that trees were luminescent neon green blobs, the Pixel more accurately captured both colour and detail. But at the same time it really struggles in situations where dynamic range is required, for instance when shooting facing a window. The dark parts of the photo get noisier than a death metal concert while the iPhone manages to avoid noise and show better dynamic range.

I haven’t tested the other Google features like call screening which is also why I want to put my SIM in it for a while. The free Google Photos storage (which was still a thing with this phone) alone was worth the £100.

I’ve come across some Android niggles like apps randomly shutting down or the odd stutter, and I can’t find my way around the Play Store it’s such a convoluted mess, but I love Material You and the current stock Android design. Also have been caught out by the walled garden when I realised that there is no easy way to get passwords out of Keychain.

Overall, it’s swings and roundabouts but I don’t hate Android as much as I though I would; in fact, this £100 little phone has been a very pleasant surprise

Edit as I almost forgot to say – it’s true what they say about app quality though. The Amex app (one of the few I have on both at the moment) has a more unpleasant font, which doesn’t even fit on the screen at times, and the cards are full rectangles not rounded card shapes like they should be. But I can switch cards with a swipe down, unlike on iOS. Swings and roundabouts, again, I suspect.

If it helps, I’m having a slightly better time with the camera on my 14 pro vs the 12 pro. Emphasis on the slightly. It has to be daylight.

I haven’t quite figured out the macro mode yet. Guessing that needs very good lighting to be good.

Portrait shots (what I mostly use for pet memories so is what matters most to me) is a lot better on this phone. The photos are clearer. It’s a bit better in low light, but at a certain point it started to look like the 12 pro again. it does a much better job separating my dog from the background. iPhone 12 Pro struggled especially round her ears. For some reason the virtual 2X lens does a much better job than the 1X despite being the same camera so not quite sure what’s going on there. The 3X lens is great but not usable for me. My dog won’t sit far enough for a nice composition that’ll let me use her for the portrait watch face with depth. Here’s one I took yesterday. Indoors, 1:30pm with the blinds open and indoor lights off. It was quite sunny so lighting was great. 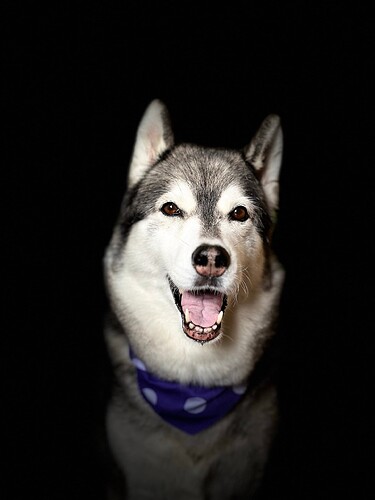 The 3X is weird for me overall. It both zooms in too far and not far enough that it feels pointless and I’d have rather had a dedicated 2X. I’m sure there’ll be some situation it’ll shine, but I’ve yet to found it. And the 2X zoom is phenomenal for portraits anyway. It’s still not perfect and it will occasionally a bad portrait with no depth. But they’re the exception rather than the rule which is a total 180 on my 12 pro.

Overall I’m pretty satisfied with the cameras on this phones. It’s back to taking good photos to my eye. I still not quite to the level of being easy to take a good photo, because I really feel that’s what the 11 shone at. It was hard to to take a bad photo on that phone. You have to put some work in with the 14 pro, but it pays off.

I’m happier, but still wishing they’d tone down the processing. Reserve that for editing in the photos app for those who want it. Add a button for it.

I’ve also enrolled on this course, and plan to start playing around with RAW and figuring what you’re supposed to do with them afterwards to end up with something that looks as phenomenal as some of the shots the pros get. 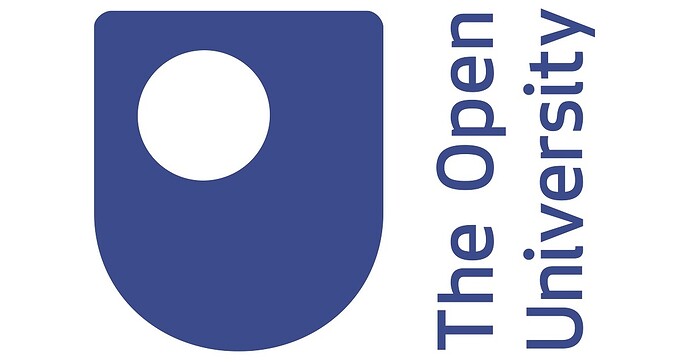 A Short Course, developed and presented in partnership with The Royal Photographic Society (RPS), learn how to create and share digital photographs.

This shouldn’t be necessary, but iPhone 11 sparked this hobby (probably coupled with moving to the highlands and having so many beautiful landscapes and landmarks to capture within a 10 mile radius) within me and I think it’s time to give that some attention and improve my skills. @breville_monkey’s comment last week gave me the push to consider that this year over the sort of stuff I normally gravitate towards. I like to study one new thing with the OU every year. Photography’s turn.

Enjoy the course! Macro by the way, you are exactly right it’s about lighting mostly. It’s my main form of photography, you can get some incredible things, I mainly capture insects - trying to find rare or unusual ones using iNaturalist, it’s like irl Pokémon go. At macro range, a little shake turns to blur extremely easily so you need both a stable a very fast shutter speed, which means light! Good shots also need good directional lighting, which is a whole other thing entirely.

I returned the iPhone 14 pm today to apple store

Are you going to say why?

I’m coming from an iPhone 11 so lots of the stuff I love (5G, Face ID with mask) isn’t truly new, but does significantly increase usability.

Dynamic Island is, I think, growing on me. I wish that tapping in it would expand the island, rather than simply switching to another app. I think Apple have missed a trick here.

generally, also, I’m finding the battery better than my 11 (which I’d had about 3 years and replaced the battery half way through that).

I second this! @gallifreyangirl please tell us why

I wish that tapping in it would expand the island, rather than simply switching to another app. I think Apple have missed a trick here.

Without having used it for more than a brief encounter in a Curry’s, I’d say it’s also how I think it should work

Dynamic Island is, I think, growing on me. I wish that tapping in it would expand the island, rather than simply switching to another app. I think Apple have missed a trick here.

You might already know this but it’s press to expand, tap opens.

I think it should be the other way around

I like it the way it is. It’s consistent with the rest of the system, and probably best for most people.

iOS has always had really good human interface design, and part of that is consistency in interaction. People quickly learn and know what certain things do. A tap launches things, a long press does something else. The second you flip that on its head just for one feature so folks feel like they’re getting more out of it, and you lose some of that harmonious magic that makes iOS both a joy and easy to use.

Tap to launch things and navigate. Press for actions. It’s like your right click. It’s muscle memory and if the island behaved differently I’d keep invoking the wrong thing and get frustrated.

Much as I love right click / long press, I’d wager that the vast majority of people will never find long press actions. Long pressing on a touch device is absurdly bad for discoverability.

Having only played with the Dyland for for a few mins, I absolutely think that taps should expand the controls. A large part of the utility is not having to contact switch out of whatever you’re doing.

I agree. I don’t get all the praise for Apple’s human interface design. It’s actually full of hidden stuff that the average user will never find, as evidenced by the TikTok viral trends that crop up every few months demonstrating a new “hidden” iPhone feature you didn’t know about

Power users will find it obvious, but most people don’t even know about drag and drop text or repositioning multiple icons, because they’re never told that it’s a thing

Absolutely. And that’s fine. I think that reinforces why tapping should open the app too. Those users won’t appreciate it. If the tap doesn’t give them the quick control they want, want then? That’s mother discoverability, only far more significant because it dead ends the user with something that isn’t useful and doesn’t help them achieve their goal.

Either way, we all just need consistently. If taps perform the long press here, then taps need to do the same elsewhere. Otherwise it screws with muscle memory, and the only ones who benefit are the same power users. Only this time it comes at the expense of the experience for non-power users.