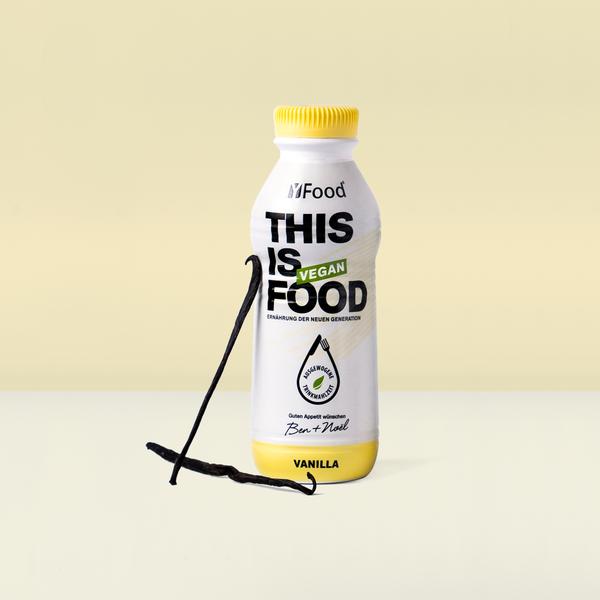 You asked for a vegan drink. And now we’ve got two for you: the chocolatey Vegan Cacao and the delicious Vegan Vanilla. Try them now!

Nice. Defo will get a batch of that in on payday!

I’ve been trying https://www.theproteinworks.com/vegan-meal-replacement-shake for a few weeks. I’m doing it on an alternate day fasting(fasting being 500kcal limit) basis, day 1 is 2 shakes nothing else, day 2 is 1 shake and whatever in evening. I tried out another vegan powder but wasn’t impressed(seemed thin and grainy in comparison)

I received a box of Mana in the dream (chocolate) flavour. I’m not too keen. The taste is fairly similar to Saturo but with a slightly darker more savoury taste. The consistency is very thick too. Closer to a chocolate sauce or syrup than a chocolate milkshake texture like you get from the others. I guess that’s due to the amount they’re packing into a 330ML carton. The aftertaste is a weird one too, almost akin to chocolate ice cream. I can tolerate the drinks enough to consume them, but I don’t like them much. I don’t plan to order them again.

Thanks to Andrew for the Huel referral link i’ve just used.

Can I post it here? Someone posted a link to the referral wiki but I have no idea how to add to that as it looks read only.

There should be a pencil at the top of the wiki for you to edit it and add your referral code, you are not supposed to post referrals anywhere else. If you PM me I can add it for you if you’re having issues. 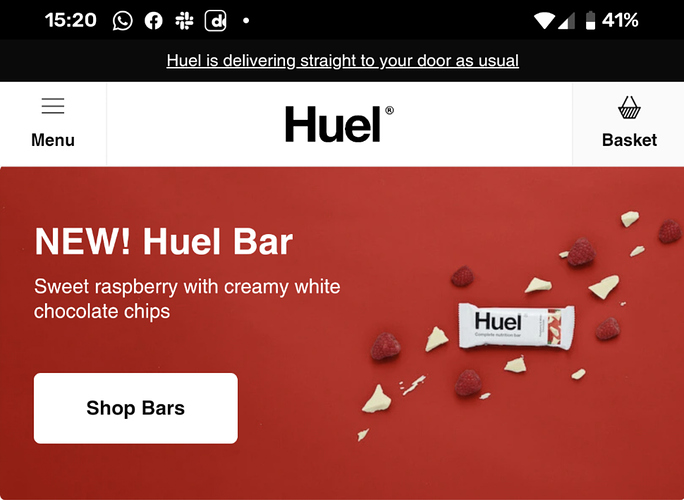 Just ordered a box plus another box of the Peanut flavor.

Oooo those look tasty! I would love just a plain white chocolate version tho!

Out of interest, how did you get in with the vegan YFood drinks? I’m contemplating ordering some of the regular milk based drinks.

Just a random one but thanks to this thread my partner and I have moved over from Huel to YFood.
It’s so much nicer! And is the first meal replacement drink she’s been able to actually enjoy. Apparently it tastes like drinking custard

I didn’t end up buying any Yfood. I was put off by their pricing. It worked out to be £28 including shipping for 6 bottles. So that’s £4.66 a bottle.

Ah, makes sense then! The vegan one is a little more on the expensive side, but I think shipping is free if you order 12 rather than 6

I’ll stick with the milk based one for now as it’s comparable in price to Saturo and I already love the taste. I currently keep a mix of Saturo, YFood, and Huel in my pantry, which is a rotation I’m mostly satisfied with.

Huel really need to fix their supply issues though for the RTD otherwise I might have to drop them as I did with Soylent after one too many bad batches. Each shipment has tasted slightly different this year due to switching between various manufacturers and all of them being worse than last year’s version. The ones with the foil lids were especially disgusting.

Interesting… they came out about the same for me. Yfood is my go to now until something better comes along. More flavours would be nice (coconut is nice but pity it’s just a ‘special’ and can go away).

I’ve actually been using YFood through Amazon for quite a while (since 2018) before they officially launched their own U.K. store and subscription. One thing I’ve learned is that their past limited edition flavour (berry) made a permanent return as it was well received. I suspect the same will happen with coconut flavour too.

If they did a vegan coconut flavor that’d tip the scales for me to order some. That’s my favourite flavour. Saturo had one before, but it was limited edition and doesn’t appear to be available anymore.

Can confirm these things are delicious. I’ve been munching them daily.

Have Soylent withdrawn from the U.K. market?

They’re no longer on Amazon and their U.K. website is just a splash page to sign up for news.

Tomorrow Huel are launching a new ‘Hot and Savoury’ product. I ‘think’ this could be a first for nutritionally complete food like this - super exciting!

No idea about the cost per meal yet (which could be a killer) but having something that retains the benefits whilst providing a totally different texture and flavour profile is very interesting.