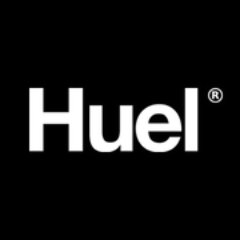 6 👏 FLAVOURS 👏 IN 👏 ONE 👏 BOX 👏 You've been asking for a selection box like this since we first released our Huel Bars and it is finally here! Introducing our 6 flavour, 18 bar selection. The perfect 200kcal, nutritionally complete snack! my.huel.com/bar-selection-… #Huel https://t.co/ig1oTX2FZ5 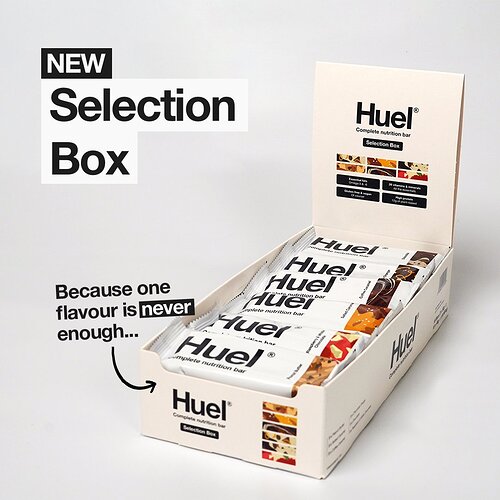 I recently restarted on Huel, having seen the new Salted Caramel & Banana flavours released in their Black Huel.

Both taste great, and have fully sold me back onto the train, just need to refine the quantities etc to get the perfect blend

I haven’t gone pre mixed, I am sure it tastes nicer but a bit more expensive and I can’t order the taster pack as I can’t have caffeine so no cheap way to try unfortunately!

Happy with the combination so far though it goes down very milkshake like and much nicer than Huel which I couldn’t stand in the end (black chocolate) ended up selling a bag on eBay to get rid of it!

Quick heads up for those with a Saturo subscription worth less than €100. There is now an additional delivery fee of €10 and you will be charged import fees and VAT if your order is over a certain amount. My £55 subscription this month ended up costing me almost £75, going from the cheapest option to the most expensive. There was no communication from Saturo to indicate any changes, and only a quiet amendment to the shipping details page. I’ll be buying mine from Amazon going forward.

I always buy Saturo from Amazon anyway, simply because it gets delivered faster. Although the bars don’t seem to be available on Amazon at the moment which is annoying.

Received this email from Saturo’s founder today, and a follow up from Saturo today to remind me about the email, and I imagine to confirm that it was genuine.

Looks like they’re overhauling the product line up that will lead to a significant change to the 500ml range. I much prefer the taste of the tetra packs anyway, so this is not much of a concern to me. I do worry a little about Saturo’s future though. I get the impression they aren’t doing too well, so I’m anxious with what these changes might be. 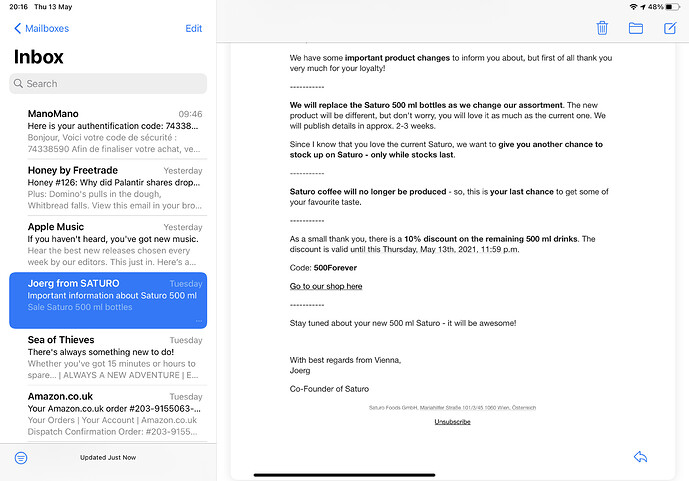 I get the impression they aren’t doing too well,

I suppose the move to working from home hasn’t helped them. Easier and cheaper for people to make their own lunch than when people were office based

I just took advantage of the discount and ordered a few more 500ml.

I hope the original flavor doesn’t get discontinued. They already don’t make it in the 330ml.

I have to say, pound for pound, Saturo consistently has the best flavor for me across the RTD, the powder and the bars. And that’s coming from someone who has regularly used Huel, Soylent and Jimmy Joy as well.

I have to say, pound for pound, Saturo consistently has the best flavor for me across the RTD

Completely agree! I personally prefer the texture of the 330ml variant. Saturo have taste and texture nailed IMO. It’s the perfect balance. It’s also the most consistently good. I’ve never had a bad batch from Saturo. Compared to Huel, where I’ve only had one or two batches that were actually pleasant. Had a few bad Soylent batches that were lumpy, smelly, and gross. But Saturo has been consistently good.

I think YFood is nicer, because they’ve gotten so close to just replicating the taste and texture of a regular milkshake, but like milkshakes that makes them too sweet tasting for me to drink multiple times daily. 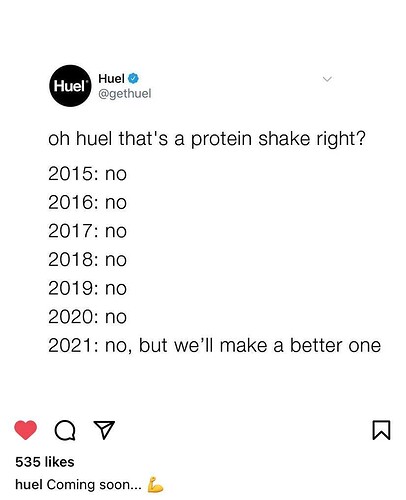 Anyone got the new Huel shaker? 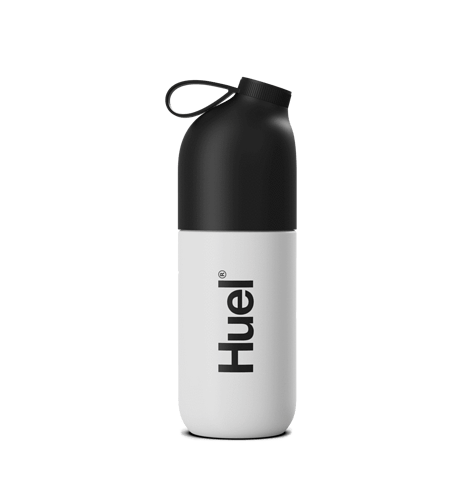 Revolutionise the way you shake with the brand new Huel Shaker. We listened to our Hueligan feedback and took design matters into our own hands. The brand new shaker has been carefully designed with Hueligan needs in mind, and it’s even more spill...

Huel’s product design is without doubt the best in the industry, and they’re likely among the healthiest variants too.

But I’ve had to cancel my subscription. The taste and texture is just so inconsistently bad. In the past 18 months, I’ve had two deliveries that were pleasant to drink. The rest have either smelled off, tasted off, or full of chunks and rubbery bits.

I’ve been on it for about 18 months and have never noticed any inconsistencies. Are you buying powder or ready mixed?

Ready to drink. Never got on well with powders.

I’ve replaced them fully with YFood which is a much nicer and more consistent taste. Very smooth, smells lovely, and taste lovely. A shame because I really dig Huel’s bottles, and the few batches that were nice, were really nice. Smelled and tasted like chocolate brownie, and was just as smooth in texture as their competitors.

The issues started I think when they moved production out of the US. Even the Austrian made temporary replacements that got a lot of flack had a much more pleasant texture.

I have my own process for mixing the powder which works great for me but it does involve prepping in advance rather than on demand.

Haven’t tried yfood or Saturo but may have to at some point.

Haven’t tried yfood or Saturn but may have to at some point.

I’d definitely recommend them both. YFood was the first I’d discovered before moving on to Saturo. Now that YFood has a proper U.K. based operation rather than being focused on Germany, it’s much cheaper and easier to get, so replacing Huel with them was an easy decision.

Saturo just has everything nailed. The texture is perfect, the taste is amazing, but not too sweet, which is necessary to be able to stomach them multiple times daily.

Whenever Huel RTD gets a 2.0 I’ll give them a try again.

Meant to post the other day - local sainsbury’s has just had a bit of a refresh (finally widened the meal deal a bit to include more snacks/drinks options) and, separately, now stocks Huel chocolate drink.

Tried one, thought the consistency and taste were just a bit weird. Not horrible…but thicker than I expected, and just quite bland.

Am quite interested in having some sort of meal replacement for breakfasts/lunches where I’m in a huge rush, so might look into Saturo and Yfood.

Was about to pull the trigger on some Yfood (shame the hazelnut is sold out!) but it’s about a third pricier than Huel.

Not a big deal as a one off but will def add up over time.