I thought I was talking about the Monzo one!

The HSBC one is ugly, but at least the front is a little cleaner. Imagine if you will, the coral card in the format of plus and premium? Now that would be worthy of featuring in social media ads!

Is discourse being temperamental today?

This design is starting to grow on me, initially I hated it.

The cards look nice and clean 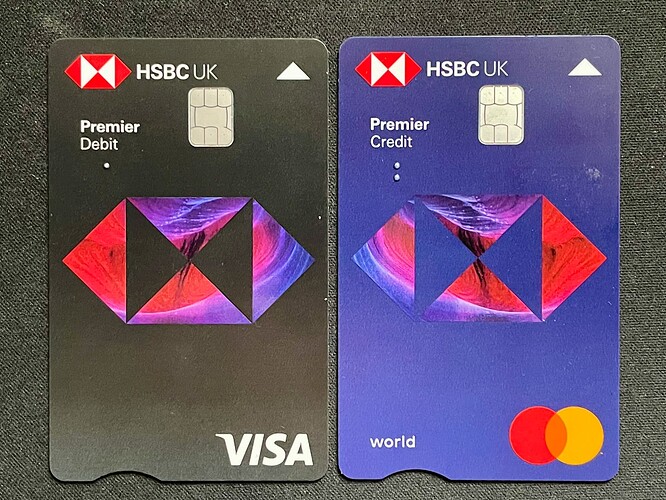 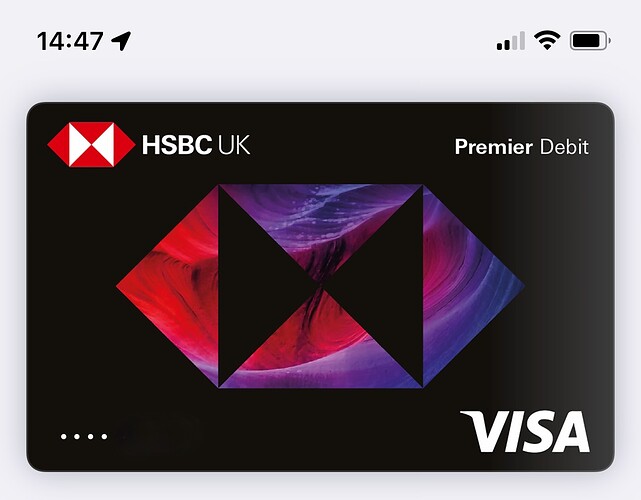 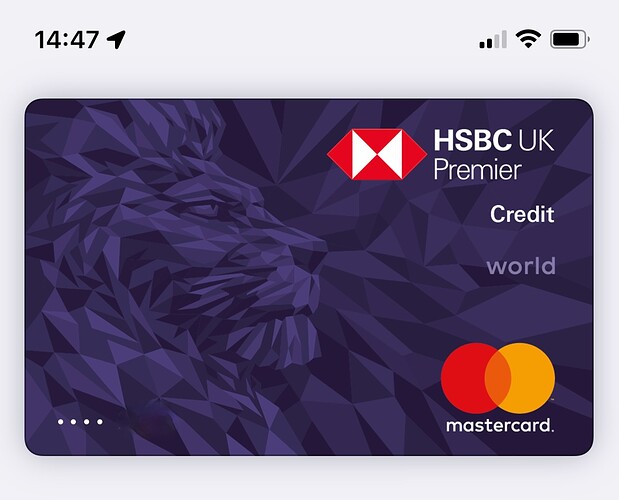 Hopefully they’ll also update the website with the new design

I still don’t see the benefit of the small triangle. How this improves accessibility for the visually impaired, when the dirty great big chip in the same orientation is there, I don’t know.

I’m hoping they update the Apple Wallet photos for their credit cards too cause the mismatch frustrates me. Also noticed the centred HSBC logo peaks out over the top on the new debit graphic.

I do prefer those premier cards to the normal one of the new design, but the lions were so good. I don’t see why they are being replaced.

I just received my new HSBC Gold credit card (existing one nearing expiry). It’s about as far removed from Gold as I could imagine. More like matt sand, with a little straw thrown in: 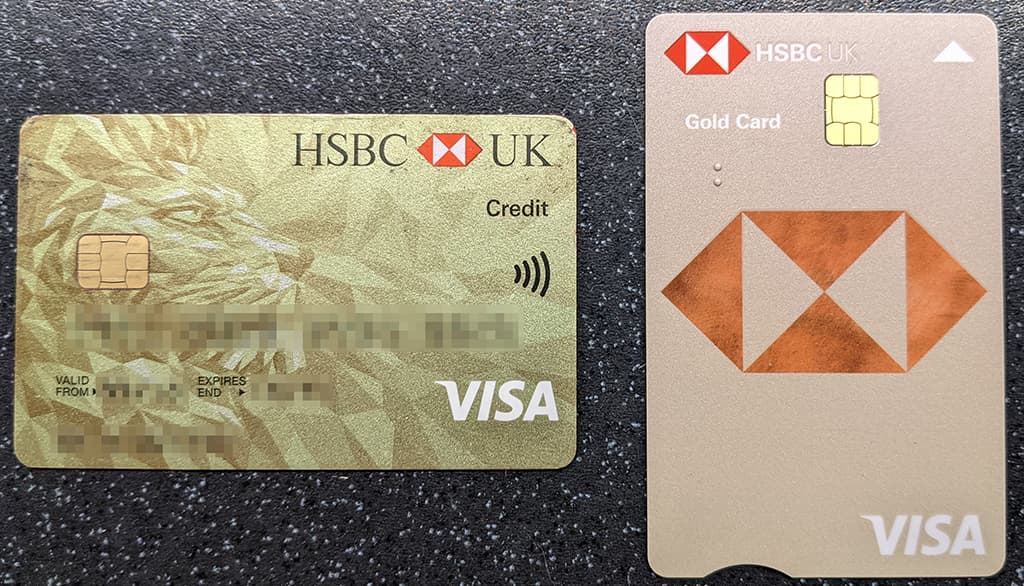 I hate the 2-logo approach on the front. It’s a good looking card on the rear, flat numbers, expiry, CVV, contactless symbol, but the front - and the colour - thank goodness for Google Pay so I can ensure no-one sees me handling it.

That is hideous. What were they thinking when they made that?!

I actually thought you had scribbled in biro in the middle of the logos.

Does the Gold actually have any benefits nowadays? I had one years ago but got rid of it when the points scheme and other benefits finished.

Nothing really. Like the Advance account when it launched - offers, interest, perks. One-by-one, year-by-year, they all evaporated.

Every cloud though, the silver lining here is that I was a long term user of a bundled bank account.
Just like PPI and DieselGate, keep them historical records safe… just in case.

I think the Premier and Advance designs look better, largely because the black background is more forgiving.

The standard design for all other accounts grates on me massively and I really don’t like it. Especially when the lions design looked so good even with a grey background.

I agree with @Lightning720 basically.

I’d have much preferred the portrait lions from Hong Kong, and it would probably have been less work for them to do anyway. I don’t get it.

I think it would look better if they just removed the little HSBC logo on the top left and left aligned HSBC UK so it wasn’t above the chip.

Users of the new beta HSBC app (@SebH @mariusfanu @jtame), does it still only show you 6 months worth of transactions, or has that been addressed? It’s always something that really annoyed me about HSBC’s mobile app and online banking!

If you try to scroll beyond that, it says: “To view more transactions, visit your statements”.

What AMEX card is that in Apple Pay. I have the Gold card but it doesn’t have the updated card design like your one.

It doesn’t appear to be the Platinum card… is it the US Rose gold Amex?

Im really disappointed HSBC stopped their old card designs, they really was unique and had good brand image, the coloured borders were cool also. Im not a fan personally of their new branding. they even feel cheap and poor quality

I misremembered, it was 6-8 weeks, not 6 months (even worse!). And that’s really disappointing to hear that it’s not something they’ve addressed in the new app. I find it so old fashioned to have to go rummaging through actual PDF bank statements to find a transaction nowadays! It should just be a quick search away. My other high street banking apps allow me to go back as far as I want in my transaction feed, and they’re both using much older systems than HSBC (NatWest and Lloyds), so I wonder why on earth HSBC is like this?

For me it’s up to end of August, so about 3 months