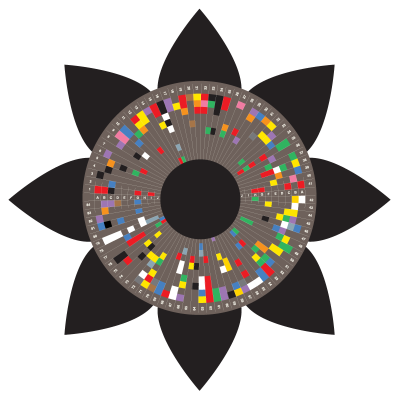 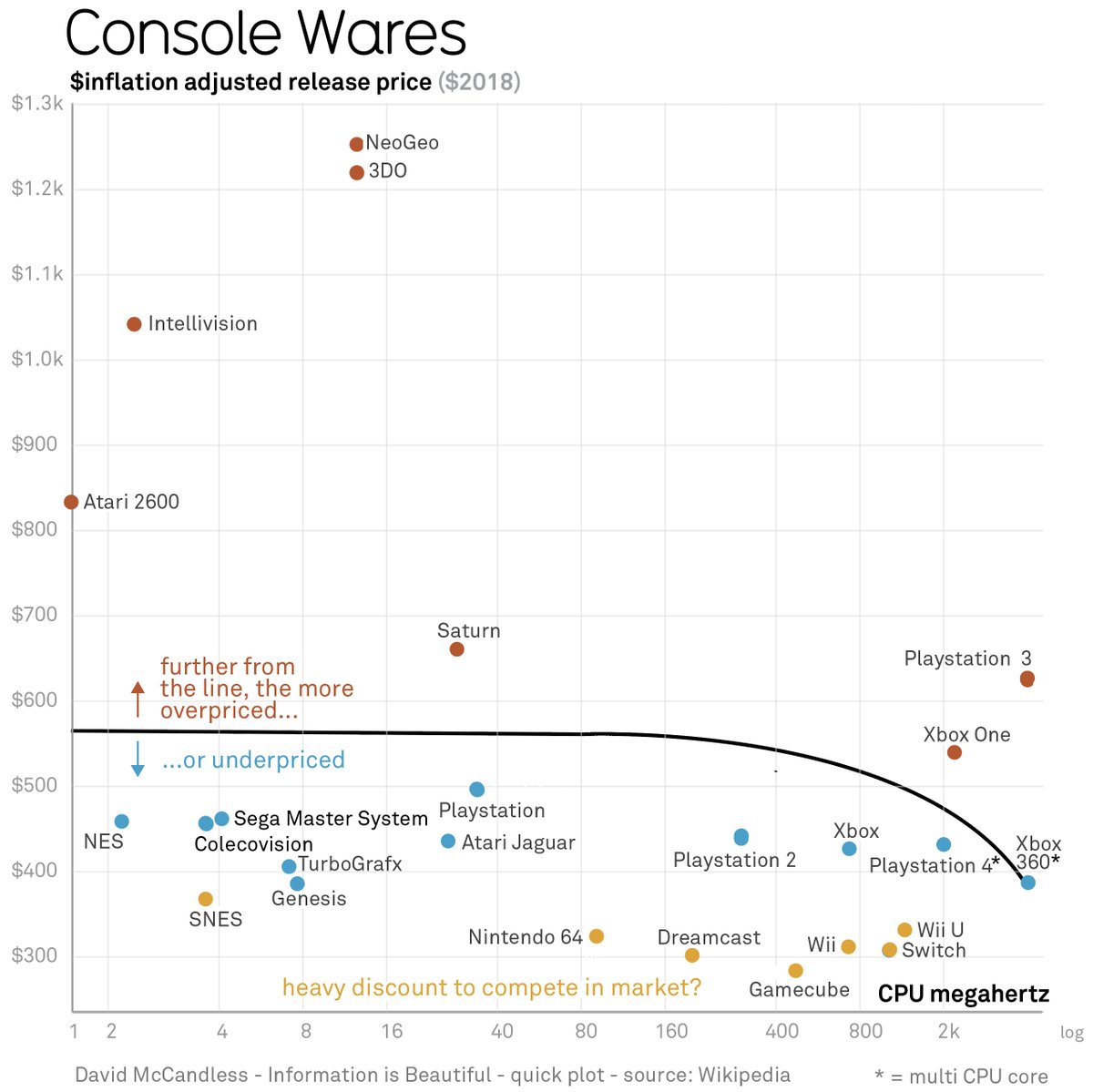 Not in the least bit surprised to see that the NeoGeo is right up there.

Surprised to see the N64 so far below the line as I remember that being quite expensive at the time, but possibly my memory is mixing up the console price with the cartridge prices.

TL;DR: computers are evermore complicated and I doubt some of what this graph shows

Interesting graph. PS3 was always a bit pricey compared to the Xbox 360 but the current generation it’s totally done a 180.
Seems to be quite accurate in what it’s representing.

Maybe it’s becasue of my age but I havent heard of all those consoles.

Surprised the Xbox one X is not on there. I think it falls off the edge of the cpu scale but not sure

Seems to be quite accurate in what it’s representing.

Ah, it would be useful if I’d been clearer on what I think it does and doesn’t show sorry

They’re not actually going to be random, I’d expect them to potentially inflect and then again so they sort of hover back and forth around an equilibrium

Edit: checked and all of the latest gen consoles inflect (e.g. Xbox one sits between Xbox and 360)

I loved my Atari 2600, didn’t pay that kinda money for it though!