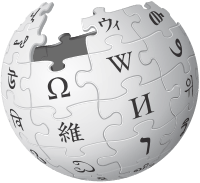 Read Wikipedia in your language

Wikipedia is hosted by the Wikimedia Foundation, a non-profit organization that also hosts a range of other projects.

You can support our work with a donation.

Save your favorite articles to read offline, sync your reading lists across devices and customize your reading experience with the official Wikipedia app.

Is their turnaround equally as poor?

Yup as @j06 notes they’re not known for speed. Probably at least as long as HSBC, if not longer. The app is very basic too (in a nice way if that’s your thing!) so apart from the whole cool black and white vibe I don’t think you would gain anything by using HSBC instead of FD.

The Phone chat is (sometimes) still really great, but it’s not what it once was.

BTW there’s a separate First Direct feedback chat, perhaps @AlanDoe could oblige and merge into that?

I’ve been ticking through the account switching rewards over the last few months and I think they are all as bad as each other pretty much, which an exception of Starling.

Starling - Opened instantly. Ready to go, I think I could use ApplePay at this point too. A bit of a delay with the card, but I think that was probably more RM and strikes than anything they did.

FD - Awful. The sent me half a tree in the post, I needed more passwords, pins, memorable questions and biometric data than I’d need to be able to visit MI5. The only plus here is that when you call, within 30 seconds you’re talking to a person. Changing phones caused even more issues. AVOID.

Natwest - Ruined my application, couldn’t talk to anyone about it, 5 different support people couldn’t help, in branch sort of helped but it just made it worse in the end, so I gave up.

Nationwide - Quite smooth. I only did it last week and I have the card/pin already, but trying to set the app up, it told me to “wait a few days”

Unless you’re in a monster rush, I wouldn’t worry about it. A few days doesn’t really make that much difference in the grand scheme of things.

Metro Bank - Open your account instantly in person as long as checks are passed, online is usually instant or within 2 days if further checks required.

Santander - Online can take a day or two but sometimes can be instant in my experience.

I like the HSBC app’s simplicity, however they are pretty crap with unarranged overdraft (i.e at 17 there should not be the facility).

FD app looks slightly nicer, and their customer service is UK based!

Unarranged overdrafts aren’t really controlled by the bank. Some transactions can and will put you in this position and it’s down to you to prevent that IE don’t use your card to pay for bus journeys or TfL unless you can maintain your balance for the full journey amount as it won’t leave your account for a few days sometimes. That’s also not the banks fault, but the transport company processes doing som

As you authorise these transactions the bank has to pay them based on the auth that point in time.

FD app looks slightly nicer, and their customer service is UK based!

I don’t get the bus nor TfL. It’s Wetherspoons and Sainsbury’s/Tesco any shop really.

Those wouldn’t put you in an UOD as they’re online transactions so I’m not sure how the two are connected (based on what you said).

but that’s not the point

Do you use Curve? Or some other layered payment method to achieve this?

They shouldn’t offer me an overdraft facility. It’s money I don’t have in that account, but in Barclays when you bear in mind the amount of the OD I’m minted.

Nope, no Curve, no Apple Pay. Just my bank card.

It seems to shit the bed after £25 I was purely curious.

Just noticed one time I was -£0.79 and decided to see how far it would go. Then transferred dough in.

It’s a bit rubbish though since i am not of age, surely they aren’t meeting some regulatory obligations.

Either way, I like their basic nature online and will be going for FD next year.

It’s money I don’t have in that account, but in Barclays when you bear in mind the amount of the OD I’m minted.

Nope, no Curve, no Apple Pay. Just my bank card.

It seems to shit the bed after £25 I was purely curious.

Just noticed one time I was -£0.79 and decided to see how far it would go. Then transferred dough in.

On that last point though just a word of warning, going into unarranged overdraft looks very bad on your credit file as it could show poor planning and money management

So you’re blaming HSBC for inadvertently extending you credit because you’re under 18, but seemingly fine with asking to be served in Wetherspoons and getting drunk underage?

Oddly my account shows as a normal HSBC bank account, it could be that branch staff made the same assumption as Spoons

You expect bar staff (who probably didn’t touch your card) to know that you have a child account?

You’re missing the point. Who says I wasn’t drinking Pepsi and eating chocolate cake, which is a legitimate past endeavour shall we say….

Entirely wrong for them to be extending credit, nothing to do with Spoons or bar staff lol. I just know for sure that’s an online transaction