Where did you get that info from? Their US site advertises the same product as in the UK

The site doesn’t mention what it is they are offering. I’ve checked and it’s a credit card. 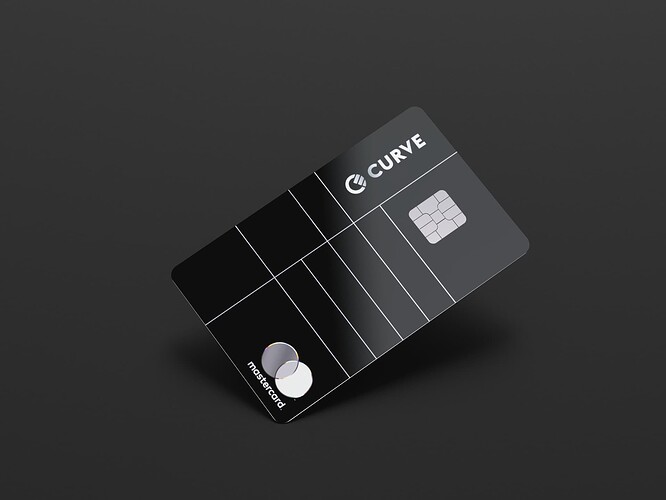 Curve has added smart rules (in beta), I currently have it set up like:

It’s a bit buggy and they don’t support Amex, in an ideal world it’d be: 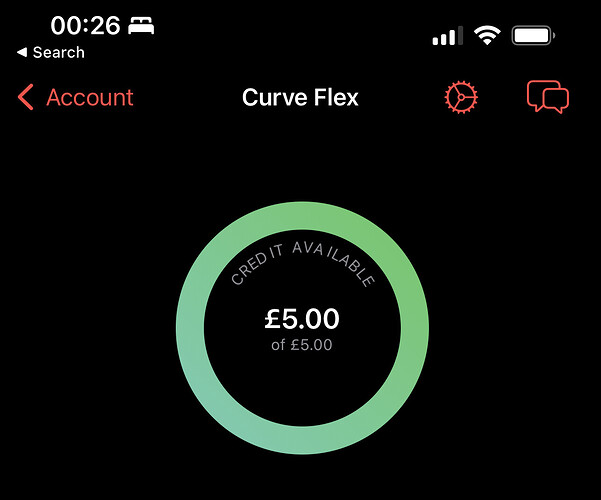 Did they notify you? I’d be closing it as probably looks quite bad on any credit report

Knowing curve, I wonder if this is a mistake. Maybe query it before closing

It says they do this if you remove your linked account. Have you stopped the open banking by any chance. Your credit limit is variable based on your current financial circumstances.

If you’ve never flex anything then there’s no hard check been made.

The end of Curve? 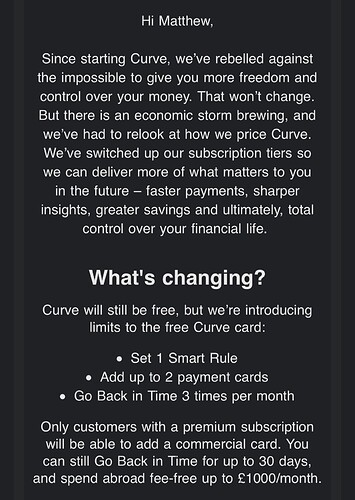 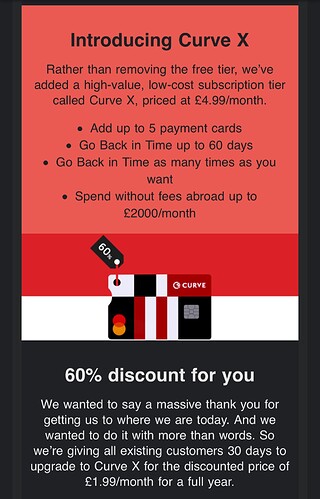 The end of Curve?

Very much my first thought. If nothing more it’s the beginning of the end

2 cards make it meh, close to useless, I’ll only keep it because I’m thinking of getting a Garmin watch so I’d want Garmin pay, and I don’t use go back in time so 3 times a month will be enough.

I wonder ig they’ll remove my other cards automatically? takes away the appeal if I can only have 2 cards, I currently have 4

Not used Curve for quite a few months now.

I suppose I was looking for a reason to close - job done now. Of course I don’t expect something for nothing but I’ve moved on.

Recently been using Klarna card for purchases and paying that from Chase for 1% cashback instead.

Im no expert but I dont really think this will help them.

Most of the people who would be willing to pay will already be paying and most of the others would probably just live without it rather than pay. Dont get me wrong, its a good idea, but it’s hardly life changing so i think people would be fine with just giving it up rather than paying.

I use Curve primarily to use Barclaycard with Samsung Pay, so this won’t make much of a difference for me. I have so many cards that offer mid-market rates for foreign spend that I never have to use Curve when abroad (unless I want to use the Barclaycard, of course).

That said, I am still on the Legacy Black tier, so not sure if they will apply the new limitation to me (or decide to remove the legacy black tier completely!).

Just no. I doubt many people will pay for this.

I have 5 cards on it at the moment but only really use three. That makes the whole thing much less appealing for me.