Credit cards in Monzo are changing

We’re writing to let you know that from 6th January 2021 you won’t be able to see your credit cards in Monzo any more unless you have Monzo Plus or Monzo Premium.

This is just to let you know, you don’t need to do anything.

Connected credit cards in Monzo was a trial which has ended

Originally you could switch this on in Monzo Labs, and we also turned it on for a small number of other customers. We partnered with TrueLayer for this trial but that’s coming to an end, so from 6th January 2021 your agreement to share information through TrueLayer will end and you won’t be able to see your credit cards in Monzo as standard.

Both Monzo Plus and Monzo Premium let you see your other accounts, including many credit cards, through the Monzo app. That doesn’t run through TrueLayer, so it isn’t affected by this change – you’ll still be able to see your credit cards.

If you originally connected any credit cards and then upgraded to Monzo Plus or Monzo Premium, you might need to reconnect them after 6th January 2021. It should only take a couple of minutes from the Plus or Premium tab in your Monzo app.

Thank you for being part of this trial! We hope you enjoyed trying out seeing credit cards in Monzo. Keep an eye out for other early access to features in Monzo Labs.

Thanks,
The Monzo team

Just arrived in my inbox now. I wonder what else will disappear behind the paywall…

Soon you won’t be able to see your balance or transaction unless you are on plus or premium? Haha

I imagine from features that already exist, including those in labs, it’ll just be this for now, as the plus version is an entirely different system built from scratch in house, which was never available on the standard account. This implementation has been deprecated for a while, and is being removed.

I imagine the in house version is locked behind plus, as the monetisation from plus was the justification for building it.

I wonder what else will disappear behind the paywall…

I don’t think it’s fair to say that this feature is disappearing behind the paywall. This never actually left Labs did it? And it only every showed the balance only, which wasn’t entirely useful to me.

The feature ‘behind the paywall’ (as you put it) is a different implementation built from the ground up that was never outside of the paywall in the first place.

I think the email is perhaps a touch unfortunately structured, the first sentence kinda does make it sound like it’s a feature moving behind a paywall.

Probably should have just said ‘this is ending’ and then as an addendum at the bottom of the email said ‘but our new feature in premium and plus will do the same thing’.

The feature ‘behind the paywall’ (as you put it) is a different implementation built from the ground up that was never outside of the paywall in the first place.

I’m not sure that customers will care whether the back end technology is different - it’s the same feature.

I’m not sure that customers will care whether the back end technology is different - it’s the same feature.

I can only point again to the fact that the feature never left Labs. Therefore it would only have been used by a tiny subset of all customers, and one would expect those customers to be more understanding of the distinction.

Yep, I take that point fully - this feature was never widely released.

But it was publicised 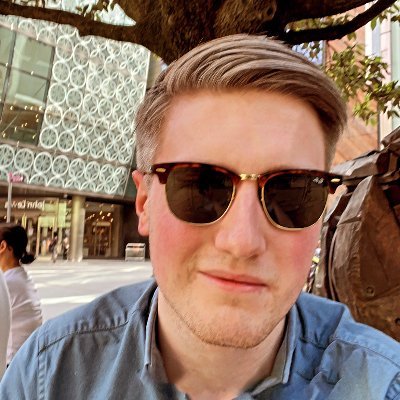 @kieranmch
If you get our @MakingMonzo newsletter you’ll know my team have been working hard on a little something. We started staff testing it today and we are super happy! https://t.co/HQLv3CwhLy

Hey everyone, As you may have seen, we’ve been working on letting you see your credit card balances within Monzo, to help you avoid being surprised by your monthly bills. Today we’re excited to bring an early version to Monzo Labs, starting with support for Barclaycard cards. What’s included in the first version? You can link Monzo to your Barclaycard account, and see your card balances in the account tab. If you’re using iOS, opting in will also turn on the new iOS Account Tab, which needs…

And - very clearly - this was originally intended to be available for everyone.

It’s been mentioned many times, but Monzo are missing a trick by not allowing Joint accounts to be upgraded to Plus or Premium.

Loosing cards is no big shakes for us, but if Joint accounts supported Plus we’d change today.

As has also been mentioned allowing virtual cards to link to pots would make them much more secure and useful.

Come on Monzo, you want some revenue. Make some changes and get it.

While I don’t disagree with you, I’m not particularly fond of the justification that makes it an acceptable thing to do.

As it opens the door for the prospect of rebuilding other features, with improvements tacked on, locking that version behind the paywall, and the phasing out the old version for standard users.

I respect in this case it’s only a labs feature, so I can respect it to a degree and feel it’s okay in this instance (though the feature was promised to be available for free to everyone and widely promoted), but it does mark a precedent, and if they do go further with this stuff, I won’t be as understanding, and nor do I think that justification can hold or be acceptable in such a scenario, though some will justify and defend it I’m sure.

I used the feature in labs but didn’t find it a great experience. It kept frequently not updating and I had to reconnect frequently to get it to work again.

I do find the way it’s done as part of premium much better and haven’t had any issues at all with it, plus it includes current accounts and moving money between, whereas the truelayer connected credit cards lab test only let me add one of my credit cards.

So, yes, they are similar but the offering available now in premium is far better so I don’t mind paying for the convenience of being able to manage it all from my monzo account.

Completely get them doing this. It was very basic and now it’s much better.

Let’s hope they iterate on the new version too, it’d be great to be able to categorise these third party transactions

This never actually left Labs did it?

Yes it did, as the email in the first post said, it was turned on as a feature for some users who never switched it on in labs, and it appeared as an option on the account pull-down as though it was a “released” feature.

It only wasn’t released for all as part of an A/B Test, presumably to see if it confused users.

it was turned on as a feature for some users who never switched it on in labs, and it appeared as an option on the account pull-down as though it was a “released” feature.

I’m glad I’m not the only person that remembers it being implemented in this way!

A good number of people implied that my complaint about the silent removal of Barclaycard after the very publicised launch of the feature was unjustified because it was an unreleased beta feature that was never released or publicised in the way I described. I despise A/B testing.

Truth be told, I think people just didn’t like that I referred to the removal as not very transparent. At least that’s not the case this time.

Yes, the email this time describes it as a feature that was never fully released.

Many users who were “part of the test” in A/B testing and don’t read the Monzo Labs posts here would never have realised this before. They obviously would have assumed they were using a fully-launched feature.

That’s why I object to it being described as a beta or Monzo Labs-only feature. For those users, it wasn’t.

I wouldn’t mind internet banking behind the plus/premium paywall - they have it for business customers FOR FREE, why not port it for PAYING customers? free would be good though

They obviously would have assumed they were using a fully-launched feature.

Very much the case with me. I knew it had been in Labs prior, but assumed it had been fully released when I saw the prompts to enable it.

Only learned otherwise when I had the audacity to complain about a beta feature not working as advertised.

I wouldn’t mind internet banking behind the plus/premium paywall

That’s satire, right? I would be incredibly annoyed if they locked something that fundamental behind the paywall.

One thing they could have done here was try to use it as an opportunity to get customers to upgrade to Plus without being so sudden.

I think it would have worked well to say that this early implementation of the feature was being shut off, but a new and better iteration was available in Plus. “Try it out now” with 3 months of free-trial Plus, except for the Plus card. If you wanted a Plus card, you could “upgrade” to full paid Plus from the trial.

At the end of the time period, it would go back to standard Monzo (without the feature) unless you chose to pay for Plus.

Only learned otherwise when I had the audacity to complain about a beta feature not working as advertised.

They never described it publicly (outside of this forum, I mean) as a beta feature. In the app, it just looked like it was released.