I invested in chip a couple of times but was really on the fence this time and in the end didn’t. The method of doing the round for “convertible” shares with a load of benefits like discounted shares on final conversion and 8% interest didn’t quite sit right! Obviously enough other people (and the government) were interested!

Tried it for some time, but they don’t develop app in direction I hoped for, and without it there are only downsides:

I hoped they will more concentrate on goals, some clever automation to split money in a way, what will provide balance between “waiting for bigger goals” and finishing smaller goals in reasonable time. But it is now only 3 goals and simple procentage split

Got an email saying they’re soon offering 1.25% interest with Chip+1 if you refer a friend

Details of the 1.25% savings account via refer a friend scheme is here m 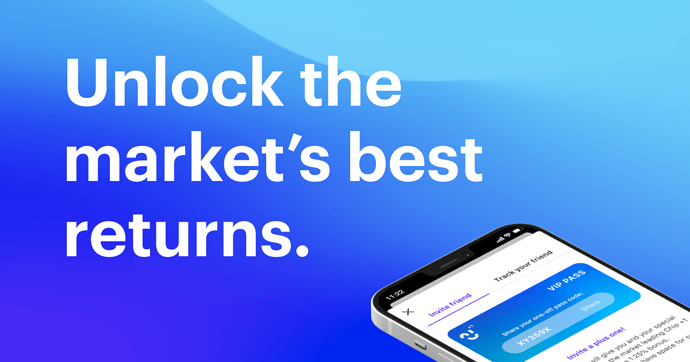 Chip+1 | The best returns on savings

Unlock the best returns on easy-access savings with Chip's latest savings account, Chip+1. Simply invite a friend and you both get 1.25% on your savings.

I have one code. Please PM me if you want it. Will only work for those who don’t already have an account.

UPDATE - My code has now been claimed.

Out of interest, any idea why the last two posts have been blocked/hidden?

Probably someone has flagged because posts made specifically for referrals are discouraged outside the referrals wiki.

I guess my post got away with not getting flagged because it was in part continuing earlier discussion by noting the scheme was now live, and not solely making a referral. Alternatively, maybe I did get flagged but it perhaps takes more flags for my posts to get auto hidden because I contribute regularly. I don’t really know.

We offered non-Chip members the opportunity to achieve 1.25% interest on savings if they sent a direct message.

Thing is, I was about to post a code myself, until I saw the hides, and I suspected that was the reason.

What do you think about CHIP? I’ve just subscribed myself using a code, although I’m not normally keen on referrals and anything that smells of pyramids.

I invested in them early on, before some of their promises proved hollow. They have great ideals but I increasingly find their execution problematic… the 1.25% isn’t strictly interest - it’s out of their marketing budget I believe, which isn’t long-term viable.

What do you think about CHIP?

I have mixed opinions about Chip

Their key selling point is auto (algorithm-driven) saving. This does nothing for me because I prefer to be in control and use a “pay yourself first” approach to saving and investing. But I think for various reasons (e.g. mindset, income regularity, etc) “pay yourself first” doesn’t work for many and such individuals benefit from an algorithm handling their savings decisions. I don’t think this is a generational thing (i.e. only of value to millennials). I think loads of older people have been atrocious with saving and investing habits over their lifetime and would have benefitted from an algorithm-based approach. Chip have recently introduced a fee for use of their savings algorithm which has received some criticism. But I think for those who need it the £1.50/month autosaving fee will be accepted if it means they save a reasonable amount of money where they may have otherwise saved nothing. So I’m positive on the auto-saving innovation even though I wouldn’t use it myself and even though it now attracts a fee.

What I’m negative on is Chip have a long history of announcing features and then taking ages to deliver or deviating from previously announced plans. Of all the companies I’ve been a customer of in the last couple of years (whether in or outside of fintech) Chip have been the worst for this.

Some other negatives -
Time taken to deposit money is slow (up to 3 working days)
They intend to start charging a withdrawal fee if you need to withdraw more than once in a 28 day period.

What’s in it for Chip?
Marketing. This isn’t proper interest. It’s just paying those who refer others and those who join as new customers a bonus from marketing budget, instead of using it for traditional advertising.

I closed my chip account within 24 hours, didn’t like the offering one bit too be fair. As others have stated I prefer just moving my money on a monthly basis set to whatever amounts I specify. I don’t need an ‘AI’ trying to predict it for me.

After Chipmunks and ChipX and a million emails hyping NOTHING, I gave up on them out of sheer confusion! Any other scenario, and I’d have thought they are a scam

I don’t like companies that do not have transparency and operate like amateurs. I was offered a chance to save with their +1 account and receive a bonus of 1.25% up to £5k. At no point did they say that as soon as they introduced paid tiers the bonus would only for up to £2k for the free tier.

It is either amateurish or a blatant attempt to mislead. I’ve ditched them completely.

As have I. A really amateurish experience with poor explanation of structure. Took three attempts to close.

Just to note I’ve edited your post to take out your referral link. There’s a dedicated wiki for those if you search for it.

Whoops. Sorry about that. It’s in the wiki.

Anyone else get spammed by Chip today?

Alarmed to hear that apparently I’m in their ‘top percentile’ of customers. This gives me serious concern for their viability - I only have a small amount of savings in Chip+1 - I don’t use ChipAI or their investing platform - ie I pay them nothing - I am a loss making customer for them.

They appear to have just disclosed that <1% of their customers actually make them money.

I’m the exact same profile to Chip as you, other than I have made a small speculative investment in them in their early days.

The good news is I wasn’t similarly spammed, so maybe your inclusion was just an oversight? Their CRM leaves a lot to be desired (when they do send email, I generally get the same one 3 or 4 times over)!

I wouldn’t read too much into it (though worrying if you’re correct!).

No nothing from them at all

Just got a £5 amazon gift card from chip. Not complaining, but I’ve no idea why!