A neobank designed by old–skool bankers, rather than a startup. What did anyone really expect.

I think people complete the Chase surveys because ‘in return’ they expect Chase to take on board what they’re suggestion and make changes.

The ‘final’ version of what they’re suggestion they’ll be offering is actually probably, if I remember rightly from the options, one of the options that I felt would work best. There were other options that had significantly harder requirements to qualify for the benefits (relatively large minimum deposit per month, quite of few Direct Debits needing to be setup for example) and perks targeted at specific sectors (travel insurance etc.).

Hopefully their ‘final’ decision (if it was final - depending on the feedback they’re getting now from this new survey) isn’t a million miles from their current benefits - although those of you who have earned quite a bit each month from cashback might be disappointed.

I’m surprised no-one else seems to have mentioned this

I’m generally shtum until someone else shares the details first and makes it public.

I’ve been really busy over the last week, so don’t even know if I received this survey! Certainly haven’t completed it.

They are asking customers to provide them with valuable insight with nothing in return.

As @qwango_uk already mentioned, I provide them with insight in the hope they act on it, or it at least helps inform decision making, and I feel it does. I’ve sometimes been contacted for further feedback, so they certainly listen (just like it does with Atom, which I’ll get onto shortly), which is more than I can say for Monzo on here the vast majority of the time. Flex is an exception, but even then it’s rare, and I don’t feel like they’re acting because of feedback here, but because of data elsewhere that just so happens to please us too.

Both Chase and Atom run a customer panel. Every bank will do this. And it’s a rather closed loop tight knit thing. You get to chat directly high level folks, engineers, designers, heck I’ve been part of a meeting with their CEO and chairwoman. Got to meet will.I.am as a result of it, and he’s lovely. What Chase an atom have tried to do, is provide their panel with a forum so continued discourse can take place between their members. This didn’t work for Atom so they eventually shut it down, but the panel still exists, at least with the initial bunch who weren’t onboarded as part of an expansion for the forum boards, if the latecomers are still apart of it, they’re no longer actively getting involved. HSBC have one as well, but I’ve only ever seen it mentioned once in these parts.

The engagement in the Flex thread doesn’t necessarily suggest they’re listening exactly, to me either. You mention openness but there isn’t really that until they announce something, but those always tie back to data and feedback elsewhere, namely users via the app.

Monzo also collect market research in the same way too, we just rarely hear about it (I had something recently about Flex that Monzo have mentioned nothing about in their open engagement with customers in their thread

) on here unless someone shares screenshots of the survey. Your reaction to those when they do happen is in contrast to your criticism of Chase doing it! I know it’s not a bias thing because you’re certainly and fairly critical of Monzo when they do deserve it, but it is a curious observation.

Others might just take part to be thrown into the monthly prize draw to net a free £250. It’s an easy addition for those who make a serious hobby out of comping.

The “confidential” caveat is a joke. They couldn’t find out who is divulging details of surveys as most people are anonymous. It’s a bit like a warning stating “keep off the grass” or “wet paint - Do Not Touch.”
The packages they outlined became tedious and difficult to track what you may have said or ticked under a previously question. I’m not convinced their future benefits package will be attractive. Hopefully I’ll be pleasantly surprised. 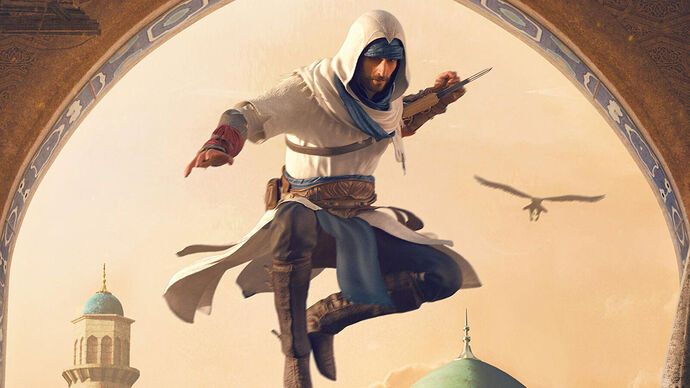 It looks a bit pish if thats what they go for, I opened some survey for a look and its not awful but not great to be honest given the hassle with the app.

Oh well, I will keep rinsing them until my period is over then move on gladly from the slow crappy app.

One very baffling thing about the Chase app is how it shows the old/previous/out-of-date balance every single time I open the app, and it takes a good few seconds to update the balance with recent spending, could be up to 10-15 seconds and it could be I have to pull down to refresh… even if spending notifications have been arriving perfectly well so the app a) can wake up to receive them and b) therefore knows about them.

No other banking app does this, every single banking app I use or have used in the past just shows me the current up-to-date balance as soon as I enter the app, no updating goes on in front of me

One very baffling thing about the Chase app is how it shows the old/previous/out-of-date balance every single time I open the app, and it takes a good few seconds to update the balance with recent spending, could be up to 10-15 seconds and it could be I have to pull down to refresh

Oh, very much this!

If they go for the suggestion contained in the confidential survey, I would be very interested in how they deem which account the direct debits and monthly deposit applies to, given the ability to open multiple.

I pay in over £500pm to one of their savings accounts, from which my direct debits are paid and my spending money shifted over weekly into my main account for cashback.

Chase would no doubt want me to abandon this process and have it all in the one main current account, which would defeat the whole purpose, for me.

Oh, very much this!

It could be worse. First Direct only shows the “cleared balance” on the home screen, you have to click into the account to see what it actually is. Super difficult.

Back to Chase - I think it’s not reasonable to expect the same level of interaction as we have here on Monzo. If you think to pretty much every other bank out there, the interaction is as with chase - a “community” with surveys, chats and feedback loops. Which to me, personally, is fine.

I’d imagine that, along with targeted customer work with their User Experience function probably gives them a good base to do further work on. I also think we’re a little spoilt (in a good way!) here, in that we still get more two way involvement and can still be part of development in the future.

I do wish they would sort out their performance though, it puts me off using them really.

Let me think about that for a second, nope. A bank needs to be reliable, trusted and have a responsive system and at the moment, for me anyway, Chase fail on all 3 counts.

Their complaints process is… I’ll raise a ticket for that.

Another company I complained to last week also said similar.

Why aren’t systems designed in a way a complaint reference can be given here and now? Every system bar monzo I’ve used allows me to do this.

3 months remaining of cashback till 28 February 2023. By far the best/easiest cashback programme I’ve ever used.

It’s a shame about the rest of it.

A shame for you.

Fortunately, Chase U.K. has been working for me.

Good on you! keep on rinsing them!

Once my 12 months are up my account goes dormant, I am sure they hope I will stay around after so they can try and make back some money off me but they will be out of luck with that given how flaky the service can be and how slow/crap the app is and that wont help their active user numbers either. I know a few others doing exactly the same thing as well.

I still don’t get the hate for the app, maybe I have a different version to everyone else or something but it’s clean and fast for me, I’ve never had any issues with it.

Moved my savings out of Chase last night, and into a boosted Zopa pot. Was about time I moved to get a 20% increase in my interest earnings.

The app isn’t the issue (it’s one of my favourites for a bank), it’s the downtime and service issues that cause frustration.

downtime and service issues that cause frustration.

Many of us also haven’t experienced this either to any material extent. Call it luck or whatever, but not everyone is a power user - so long as the debit card works, and the app is up once or twice a month around payday to shift monies around, that’s enough for most people that they don’t every notice or encounter supposed issues or even need to interact with support.