Yeah I’ve downloaded the Atom app and I’m going to open an account there tomorrow.

I’ll give them a bit of time to catch up, but if not, my savings will be heading elsewhere.

My anniversary with Chase was a couple of days ago, and it’s still my spending account, but, in the main, my savings were moved ages ago when they were no longer competitive, bar one I pay my DDs from.

Well, those DDs that don’t leave my Monzo account on payday that is

Will be interesting if they do increase. Though if you add the 1% cashback and 5% roundup account you’re probably still making more than most other banks.

But people follow the rates for savings, they know that.

The 5% roundup account has earned me more interest than at Club Lloyd’s or Starling, I agree, but then it is still less than a fiver. £4.18 to be precise. Hardly a selling point of an account.

The 1% cashback though, currently on £105.84, beats anything anywhere else in my portfolio of current accounts.

I think it’s a cumulative selling point with Chase. It’s not going to pay your rent but overall it’s a relatively rewarding account

Once my 1% goes it’s dead to me and another dormant account. I don’t think the app is very good and they keep having outages.

I wouldn’t. If they’re not updated now they’re already too late. Atom Baank are truly commendable here and have raised the bar and set the standard for expectations going forward. They’re very quick, and that’s how it always should be.

They’re very quick, and that’s how it always should be.

I have to disagree with this point.

Atom’s rise to 1.90% was a belated effort following August’s BoE rate rise and a veiled attempt to invoke the vision that it had premeditated this BoE rate rise. It was announced well before the noon press release from the BoE.

So, not vey quick at all imo.

Exactly, actually they’re very slow, which is why I had moved my meagre savings to Zopa after they increased their rate past Atom’s.

I shouldn’t be at all surprised if Zopa increase their rates again in October.

So, not vey quick at all imo.

I’m baffled by the thinking here. Atom have always updated their rates very quickly, since their instant saver launched.

I wonder if, when it hit a point where the base rate surpassed how much they were willing to increase their rates, something flipped and now folks think they’re a base rate rise behind. They’re not. The 1.9% rise was in response to the base rate going to 2.25%.

Atom clearly see Marcus as their main competitor, and when Marcus decided to only match Atom’s rate at one increase, keeping some of that extra base rate for themselves, Atom did the same by not raising theirs.

So it’s not that they’re slow. They’re by far the fastest to react watching all the way back from when the base rate started going back up. Atom either preempted it, or raised them within a few days.

How can they respond to something which had not been announced until several hours later??

Banks usually know beforehand that it’s likely to be going up. It leaks in the press all the time.

Saying that, the announcement was on the 22nd and the instant saver didn’t go up to 1.9% until the 23rd. 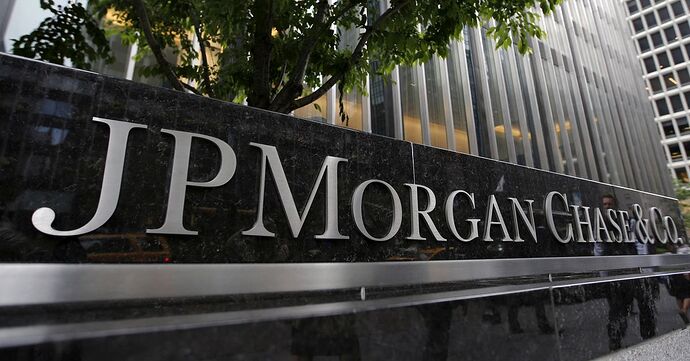 Wall Street giant JPMorgan is planning to double the size of its workforce at fledgling British retail bank Chase to at least 2,000 within two years, the CEO of the venture told Reuters, despite losses and some investor scepticism.

This only makes sense if they start to seek to be competitive in the UK market again.

Aside the cashback, there is nothing much else favouring consumers towards Chase atm imo.

There are quite a few vacancies popping up on my LinkedIn for Chase UK, so there’s definite expansion. Whatever we might think, they are still firmly planning on staying in the UK banking market.

Doubling Down - Makes sense if you’re trying to recoup money from a bad decision, in the poker sense.

I suspect they are trying to recover losses, do that, and work out what to do next with it. But, reading the article, sounds promising.

“The best funded fintech in the world”

And good luck to them. I still want them to become an excellent digital bank, and to provide full banking services. Might push others to