So BMW has launched a £15 monthly subscription for heated car seats… any thoughts about this? 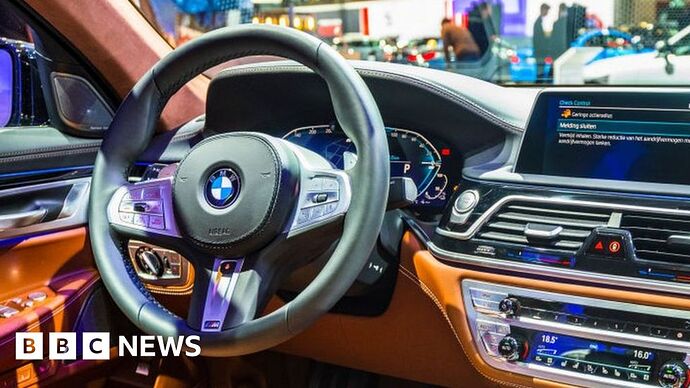 The company says the £15 per month payment allows UK drivers to "experiment" with features.

When I read the title I thought it was another car subscription service! Not just seats! Have we been punked?

No, BMW love pulling this sort of crap. Remember when they made CarPlay a monthly subscription, then they had to backpedal because of the uproar? They don’t seem to.

I really hate this everything-as-a-service approach to capitalism…

Absolutely mental and this is sadly the direction the world is going.

I believe that Mercedes are doing rear wheel steering as a subscription option (or perhaps one off payment) on the new S class. The mechanical parts are all there but you have to pay to make them work.

Edit - this is the story I remembered, and it’s a rumoured upgrade in RWS angle on the EQS in Germany. I’m not a fan of this kind of thing.
https://www.thedrive.com/tech/41678/full-rear-wheel-steering-on-mercedes-eqs-will-be-575-annual-subscription-in-germany-report

A friend of mine had a Canon SLR a few years ago. Bought the cheaper of two similar models, paid someone who knew how to “flip” a bit from 0 to 1 in the firmware and then had the same functionality as the more expensive model.

I believe BMW indicators are a paid subscription per use, hence why none of their drivers use them.

I looked for a car thread to post this but couldn’t be bothered to start a new one.

I’m not a fan of gating features in software.

The example that springs to mind is Tesla artificially limiting battery capacity until you pay up. 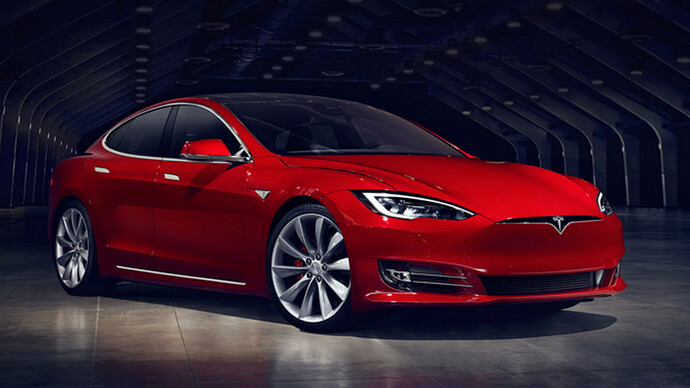 In its newly updated Model S sedan, Tesla is selling a 70kWh battery that is secretly a 75kWh battery. The company has been selling them for almost a month, and is just now telling the world about...

My Mazda has heated car seats for free!! Not that I have needed to try it out yet

To be fair to BMW;

The company says customers can enable all hardware features for a one-time payment if they prefer.

Which means customers can add features later on if they want. It also means that the next owner should be able to do this.

It’s a slippery slope though. A choice is offered, and most people will think “why pay hundreds upfront when I can pay £15 when I need it” even if economically better to pay for it upfront for the lifetime of the car. And then BMW can go to the execs and say “look how many people use it monthly and how few pay upfront” and so they’ll have data to show why subscriptions are the future and why they’re software locking hardware features

So the hardware (the actual expensive bit) is already installed but BMW are keeping it turned off unless you pay for it?

So if I buy a brand new BMW and don’t spec heated seats they install them anyway but don’t let me use them. In the hope that one day I will change my mind?

What a ludicrous and exploitative business model.

And to think I was already annoyed that you have to tick a thousand boxes when building a BMW or JLR group car. Coz god forbid they just have a couple of models with different option. “Entry level, middling, or Christmas tree spec Madam?”

Not to mention that if I buy a car and am told X is not available, I’d expect X not to be available at all, not just software locked. It’s ridiculous to build functionality in and then software lock it just for the sake of it.

This is by no means new. A friend, about 8 years ago, bought a new car but decided not to pay £300 extra for the sat nav. He later decided he’d like it fitted and went back to the dealership. The job only took a few minutes because the sat nav was already fitted, it just needed to be turned on.

Edit: I’ve just remembered that back in the 70s when I was a telephone engineer driving a brand new, bright yellow, Vauxhall HA van (SUH 181S if anyone is interested) I spotted some wires dangling behind the dash that looked like they should be connected together, so I connected them. It turned out that there should have been a switch between them which turned on the hazard warning lights (they were a new thing back then). So another, very old, case of hardware built in, but not enabled.

To be clear, I’m not defending BMW, but we are already a long way down the slippery slope. In the same way that people see music as a service rather than a product, so we are going the same way with cars.

This is by no means new.

Yup. Someone mentioned Tesla earlier and they too have performance and heated seats (to name a few) which are physically in the car but blocked by software until you pay.

I guess BMW are doing it a little different and rather than paying £2,000 (for example) £15 a month is another option for people that may work out to be more financially viable. Using them only at winter would also be an option.

Not that I agree with either - there are pros and cons to both paying outright vs a monthly payment.

Not really. The sat nav requires hardware (gps receiver, aerial etc) and the days when a heated seat was operated by a switch with one wire to the battery and one to the heating element are long gone in modern cars. Everything is controlled by software, even the indicator clicks (optional on BMW, natch).