It’s the single biggest annoyance about them.

I really hope they change it, but I’m not holding out any hope for it to happen any time soon.

Yes it’s pretty bad in my opinion. I reckon it is a lot less secure than Apple’s too.

For sure - all their system is doing is playing spot the difference with two videos of you moving slightly. A video of someone blinking held in a certain position fools it.

Yes, unlike Apple’s use of sensor data it relies on processing a 2D image. Not only is this more easily spoofed by false positives, but it also means you have to hold you head in roughly the same pose for it to work - unlike Apple’s system which effectively recognises a 3D map of your face from (within reason) any angle.

Indeed, it’s just taken me a fair few tries to get into the app in a poorly lit room. FaceID uses IR so has no such issues. I’ll just stick to using the passcode I think.

I opened my account one night in bed and ever since I’ve had to lie down and take my glasses off to get into my account. Sooner this matures and I can close it down the better.

Doesn’t it request that you use multiple options?

For me it took a PIN from me but it never lets me use the PIN.

Doesn’t it request that you use multiple options?

Tried again just now and I only need Passcode…

Is there any word on whether Atom will embrace FaceID in the future?

I just need to blink at my phone.

That’s not Apple FaceID. That’s some proprietary bullshit that receives lots of complaints

Been coming soon since the app launched. No updates since. 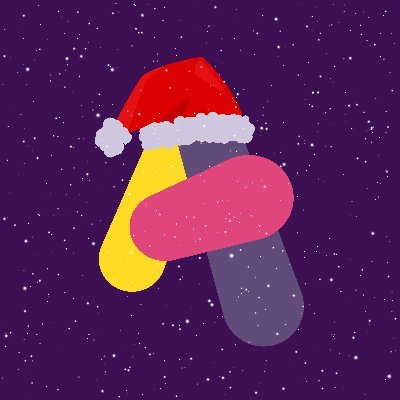 @rctneil We use our own system to be as secure as possible. We can look into problems without having to wait on a 3rd party to fix it. SMS

It seems it’s not being planned anymore. Or at least not anytime soon…

Baffling response there. Something I’ll query myself in app today, because I’m not too happy with that.

Their biometric systems should be seen as a replacement for the password and pin, not the iOS biometric system, which are far more efficient, accurate and secure in design and implementation.

I’ve been advocating in the kitchen for them to consider using Touch ID/face ID as the default, with passcode as fallback as first step for authentication purely because it’s faster, and to then use their own proprietary biometrics for the stuff that requires a second method of authentication.

Right now, you either use passcode, face, or voice to get in, and then for certain app functions you’d need to use one of the other two methods.

I can’t talk too much about what goes on due to NDA, but they listen to us, and act upon our feedback, just depends on what they’re focusing on at the time.

what goes on due to NDA,

Do you think that there would be demonstrable harm to Atom if there wasn’t an NDA?

I find their (over)use baffling. Have faith in your ideas and ability to execute faster/better than competitors.

Do you think that there would be demonstrable harm to Atom if there wasn’t an NDA?

I personally don’t, but from their perspective, I could see why they might. Quite a bit of insight into their approach of running a bank, how they plan to market future products, their features and rates etc.

This is the bit I always struggle with. Such hubris to think that competitors care - and that if they do, will change all their plans to scupper.