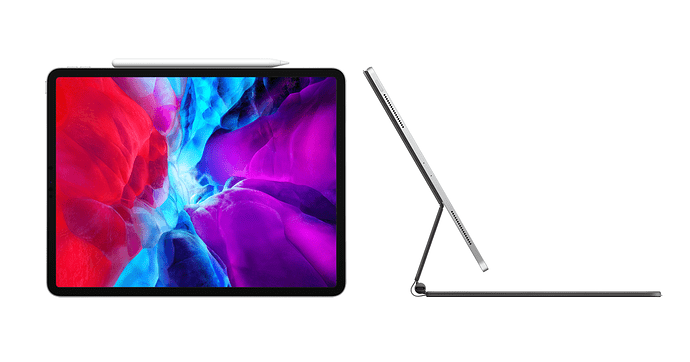 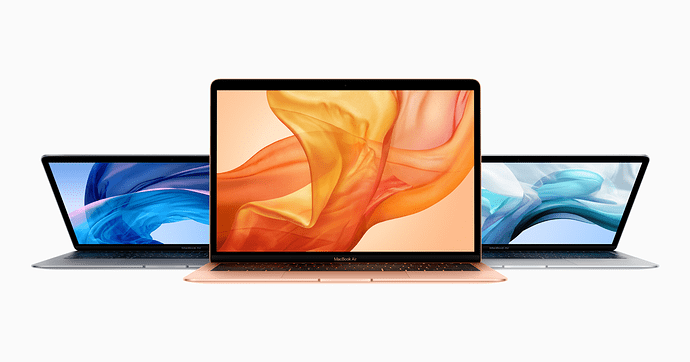 That new Magic Keyboard on the iPad Pro looks amazing, makes me really want to get one

Perfect timing with all the new working from home though!

Yeah, I’m guessing there was supposed to be a press event for this that obviously didn’t go ahead.

As much as I think Apple aren’t innovating anymore that Magic Keyboard design is something I really haven’t seen before and seems extremely innovative.

Nice to see they upped the base storage on the iPad to 128GB and kept the price the same!

edit (actually the Air isn’t and I own one

I’m wondering whether the new Airs are actually powerful enough or whether I’d need to stick with a Pro.

I’m wondering whether the new Airs are actually powerful enough

Depends on usage. The old Airs are powerful enough for most users.

I’ve got a 2013 MacBook Air that still does what I need to and does it well. Especially in the current age of using basically only the browser and not separate apps as everything is cloud based now. I have a more powerful Windows 2in1 for other things.

Keep an eye on the official Apple Certified Refurbished section - a lot of the prices have come down even further with yesterday’s announcement. I just snagged a 2019 Macbook Air for £759 which I thought was a good deal.

See I use a 2013 Macbook Pro (top spec everything, thank god you could get 16GB of RAM then) and it struggles massively.

Even something basic like watching YouTube is slow. Don’t even think about running flash or using a single VM session. It was marketed as Pro but the battery is about 1 hour if you need to do anything like video editing.

If the new Air can offer an improvement on this it will be worth the money. But I have no idea why they seem to limit RAM so much.

That sounds really odd. Mine functions perfectly for things like that, I even regularly use VirtualBox and it gets through just fine. I only have a 1.3GHz processor and 4GB of RAM so not a lot to go on at all but macOS does just fine.
Maybe a reinstall would fix your situation?

I have the 2015 retina MacBook, and a first gen iPad Pro, both have withstood nth test have time in my use, and with the exception of battery life, and in the case of my iPad, storage. Both devices still run exceptionally well in 2020 with very few performance issues.

This time around I’m upgrading my iPad, in part because of the storage and battery issues, but also because the keyboard and trackpad are will be game changing in utility for my use. My MacBook will finally recede into an app building machine.

Here’s hoping for Xcode for iPad at WWDC this year

I haven’t used Flash in literally years - but now I’m working from home work have got an old system which uses Flash for video calls. I even have had to use Internet Explorer because Chrome and Edge refused to run it even when forcing flash to be enabled.

I’m in the market for a new iPad, the battery on mine isn’t great and I think it’s being performance managed now.

Unfortunately dozens of sites I use on a daily basis.

That sounds really odd. Mine functions perfectly for things like that, I even regularly use VirtualBox and it gets through just fine. I only have a 1.3GHz processor and 4GB of RAM so not a lot to go on at all but macOS does just fine.
Maybe a reinstall would fix your situation?

Have done that a couple of times with no change

Does seem that it just can’t cope with YouTube. 4K video ramps up the fans to 100% CPU and if I want to play at 2x or even slower it barely copes.

Have only tried Parallels for virtualisation. It’s mostly okay but again, the second you fire up Flash or a video the whole thing grinds to a halt.

Looks like the iPad magic keyboard quietly became available for order today amidst iPhone SE fan fair. Arrives April 20. Much earlier than I was expecting.

Yea. Much earlier than Apple originally said too. Can’t wait for the reviews.