So I’ve been using the API to output all of my transactions to my budgeting app.

What I’ve just noticed with the API is that it automatically includes certain hashtags and emojis for each transaction (and they end up in my budgeting app), yet when I look into the transaction on my phone, the same info isn’t there!

Is there any way to stop the automatic hashtagging of things in the data feed, especially since it doesn’t show up in the app notes itself?

Bought some stuff from Muji the other day, automatically appends: #appliances and #home and the lightbulb emoji.

In Monzo though, the only reference is in the “suggested hashtag” bit. 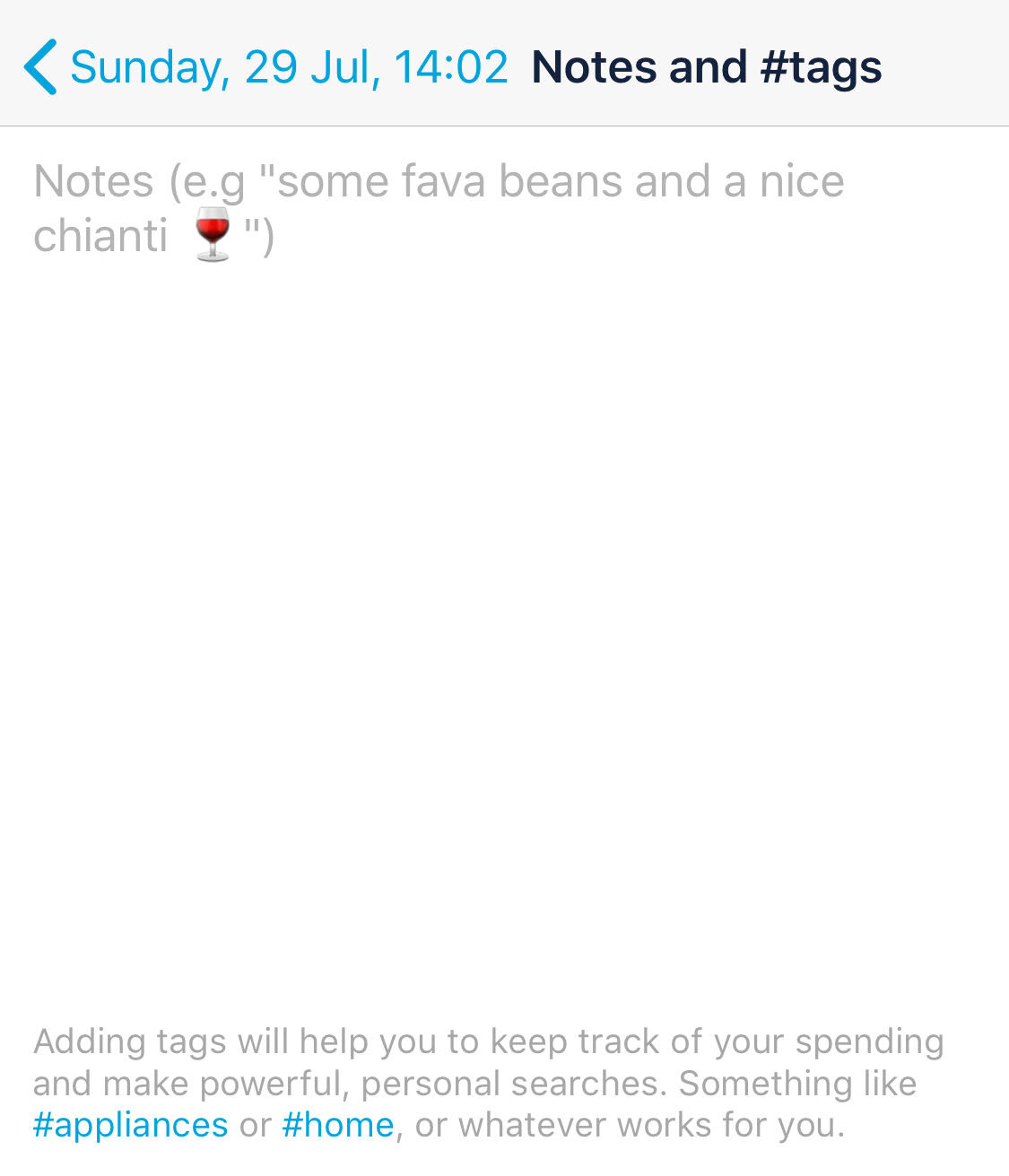 Just seems like odd behaviour to send that data when I haven’t associated it with the actual transaction. Is it possible to turn off hashtag suggestions for transactions? It would be good if it would make suggestions based on previous hashtags I’ve entered however, rather than a pool of potential ones for that vendor.

(Note: Ultimately I need to tweak what the API is doing on the receiving end, but just seems odd that default behaviour is “send all the hashtags”).