Admit it. Republicans have broken politics

Not sure how many others are into US politics. I just find it incredible how the GOP will seemingly do anything in their pursuit of power.

TIL. Is that an official moniker?

I agree they may well have broken American politics but the democrats allowed them to do it by making Clinton their candidate. Someone they knew was incredibly unpopular and wasn’t likely to turn republicans to vote democrat but in fact entrench them into voting republican because “I don’t like Hillary”

Didn’t she win the popular vote? (She did) She also competes very well with Obamas second term and beat George Bush in popular vote and percentage share.

It was the independents voting Green that spelled doom, oh and Putin.

I thought it was the white women vote that put Trump over the top. 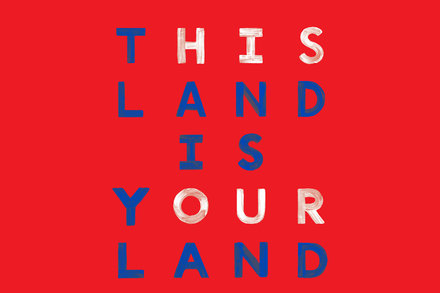 Why Did College-Educated White Women Vote for Trump?

A mother and her two daughters in a Pennsylvania town choose a different sort of 21st-century feminism.

I know it’s hard to get fair and balanced nowadays, but Vox take the biscuit

Yes, you made me doubt myself so I checked. It’s even in the dictionary.

The Republican Party, also referred to as the GOP (Grand Old Party), is one of the two major political parties in the United States, the other being its historic rival, the Democratic Party. Originally, the GOP subscribed to what is referred to as classical liberalism with ideological stands that were anti-slavery and pro-economic reform. The party was usually dominant over the Democrats during the Third Party System and Fourth Party System. In 1912, Theodore Roosevelt formed the Progressiv...

Fortunately they elected the right one.

I’m not so sure about that.

Didn’t she win the popular vote?

Sure, but that’s not how their voting system works. She didn’t have enough appeal outside the traditional democrat base to convince those on the fence republicans and independents to vote for the democrats because they didn’t like her.

It’s not how it works but it shows that she was not unpopular. She just lost because of their system, not unpopularity.

She won the popular vote and is so much more experienced in politics. But I guess articles talking about how she’s crooked and soulless make more rounds on Facebook (I remember reading an analytical piece about how the top 5 most shared election pieces on Facebook were fake! blows my mind).

A proportion of people wanted Bernie or nothing and if you didn’t vote for Hillary it effectively meant a vote for Trump. I thought Sanders had some good policy ideas but he was promising a lot with no concrete plans, and his supporters were using similar sexist language to hit back at Hillary like Trump’s supporters.

She wasn’t elected because of who she was and her image as someone’s wife with previous negative history vs a serious candidate. The other candidates were campaigning across class lines more effectively as well.

There is no way in hell that Bernie would have done any better. Clinton was the right candidate. She made some mistakes in campaigning - but then, everyone does. She also had outrageous press attacks against her - the whole emails thing, which the FBI dragged up AGAIN I think it was a week before the vote. I mean, that was all insane and definitely lost her some votes through no fault of her own (and went against the FBIs own guidelines on not meddling in elections also, as I recall).

Worth reading this article, for example: https://www.huffingtonpost.com/entry/why-hillary-lost-the-great-american-lie_us_584da08ce4b0151082221ca2

Politics are broken by design (especially in the US).